We kind of assumed you wanted to kill us, army tells Taleban

BRITISH troops have assured the Taleban that the intention to kill them has been perfectly clear for a while. A Taleban statement saying they would like to kill Prince Harry was met with an explanatory Venn diagram showing the intersecting circles Prince Harry, is in the army and Taleban wants them dead.

Field Marshal Denys Finch Hatton said: Im slightly disappointed to hear that they have possibly been avoiding hurting Harry up until this point, as that seems rather unfair on the rest of the chaps if nothing else.

If theyre going to start issuing separate threats to every one of our troops then theyre not going to have time to take potshots at us from ditches because frankly there are sodding thousands of us.”

The British armed forces have asked the Taleban if there is anybody from Western society that they dont want to kill, as this could be a far quicker way of expressing their intentions and it would also help decide who to put at the front of convoys.

Taleban chiefs are known to enjoy the BBC cookery series Masterchef, and there is early speculation that Greg Wallace could be used as a human shield.

Hatton said: The Taleban always shout after theyve shot at us, which I took to be a form of war cry, but Im beginning to think theyre letting us know who they were aiming at.

Harry himself has not issued a response to the statement, but is thought to be taking security advice during a game of strip Monopoly somewhere in Camp Bastion. 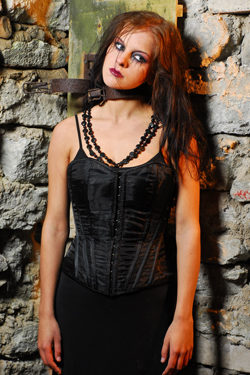 BRITAIN’S 500,000 cynics have been released from temporary incarceration below the Olympic stadium. I told you this would happen

Sceptics, scoffers, naysayers, jeerers, doubters and doom-mongers had been rounded up following a trawl of internet message boards and social networking sites, and imprisoned for the duration of the games.

Cynics spent the games in dank underground quarters, watching a computer-generated alternate, disastrous games on screens in their cells.

In the cynic-friendly CGI version of the Olympics, London’s transport system collapsed under the weight of extra visitors despite all events being sparsely attended, a grossly overweight Jessica Ennis came last in the Heptathlon and Tom Daley snagged his trunks on the diving board before plunging naked into the pool.

London 2012 naysayer-wrangler Susan Traheme said: “The cynics were certainly aggrieved when we came to pick them up but, being cynics, they were not surprised.”

Traheme said: “Without them, there’d be nobody to point out that the actual ‘legacy’ of these games will be the same as it always is for any city mug enough to host them – an enormous bill and a white elephant of a stadium.”

“Also a cynic-free London could get carried away and vote in Boris Johnson as Prime Minister For Life.”

Meanwhile, the ‘Gamesmakers’, grinning automatons specially designed for the games have been dismantled and boxed up for use in Rio in 2016.

“The cynics were right about that.”