Basically, you're f**ked: The changes to National Insurance explained

NOT sure what the changes to National Insurance are all about? Get your head around the basics with this guide.

People earning less than £34,000 can breathe a sigh of relief because they will be paying less National Insurance. This means they can frivolously splash their cash on food and housing while cranking their heating up to the max. Let’s just hope the price of those luxuries doesn’t go sky-high. That would be disastrous.

It’s coming at the shittest time

You’ve only just recovered from looking at your energy meter, and now you’re expected to deal with NI deductions eating into your pay packet. Plus there’s a war going on, Covid’s still knocking about, and the climate continues to be buggered. You can’t even cheer yourself up with a big plate of comfort food like bangers and mash, because all the pigs have been culled thanks to Brexit.

A pay rise will leave you out of pocket

Been working overtime and sucking up to the boss in a pathetic attempt to get a promotion? Bad move. A pay rise will push you into the upper National Insurance bracket, and before you know it you’ll be earning less overall than you used to. You’re better off highlighting how incompetent you are, but don’t overdo it by buggering up all the invoices and getting a spider’s web tattoo across all your face or you’ll be fired.

Money raised by National Insurance is supposed to go towards social care, but with Johnson’s extremely slack attitude to dodgy financial dealings that probably won’t happen. Instead the funds will be ploughed into Carrie’s next home decoration project, or popped into an empty jar labelled ‘partygate fines’. Also that new national flagship isn’t going to pay for itself.

News about National Insurance is filled with numbers and percentages, making it confusing as well as depressing. All you need to know is that you’re f**ked and things aren’t going to get better. Come October when energy prices shoot up again this won’t feel like a big deal, so chill out. These are the good times, so enjoy having your central heating on for half an hour a day.

'Dog's-fault divorce' and the other divorce types available from today 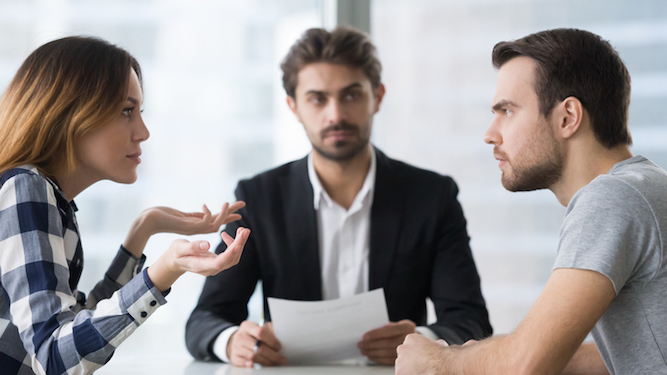 FROM today you can obtain a no-fault divorce if you really want to believe that it wasn’t your fault. But what other types of divorce are also newly available?

True love, pledged eternally between two people, is too powerful to be destroyed by a mere animal. Until the 7am walk, and the 11pm walk, and mopping up piss, and jumping on the bed every night, and you know what? Piss off and take your f**king dog with you.

It’s important, in divorce, to reassure the children it’s not their fault. Unless it is their fault, and you want to make that absolutely clear to the point of it being recognised in court. Driving a wedge between you with their constant needs and wants and costs. They should be ashamed.

Whether a Telegraph reader blaming the wild homoeroticism of Newsnight or a left-winger claiming Brexit left you impotent, the breakdown of your marriage can be the fault of everything you abhor about Britain today. Don’t forget f**king Love Island/Keir Starmer/the congestion charge.

All blame for the collapse of your legal partnership can now be put down to faulty wiring. If anyone asks, give a lengthy explanation involving misfiring circuits, a dud transistor and a disconnected earth wire. Nobody will ask any further questions.

Former education secretary and Strictly contestant Ed Balls has signed up to be the face of Britain’s ‘Go on, get a divorce! It’s no-fault now’ campaign, and any couples dissolving their marriages have the option of blaming it all on him. More than 20 per cent are expected to do so.