THE new Colin Firth film Operation Mincemeat is actually a WW2 drama, but it sounds like a comedy caper about a heist in a sausage factory. Sadly it’s not the only misleading film title…

Operation Thunderbolt, Operation Delta Force – great titles for military films. Not so Operation Mincemeat, about deceiving the Germans over the invasion of Sicily using a corpse with fake documents. Oddly, a 1956 version used the less shit title The Man Who Never Was. Has the dubious honour of joining the 1991 Jean Reno film Operation Corned Beef as the second Operation film title featuring cheap processed meat.

False advertising if it was the first time you’d heard of it and expected a nice film about farming in a rural idyll where the lambs are sleepy because they’ve been having fun all day. Old Macdonald never went around eating other people for his dinner. In hindsight, this head-scratcher of a title was probably the best way to lure people into the cinema, rather than calling it Sickening Dungeon Prison Cannibal.

The what of what now? Before they went in to see Daniel Craig’s second Bond film, audiences had no clue what a quantum of solace was, even those who had looked up ‘quantum’ in the dictionary. By the time they came out, they were none the wiser. By straying too far from the successful Bond formula of having the words kill, die or live somewhere in the title, it guaranteed itself a load of ‘meh’ reviews.

This black and white Ingmar Bergman snoozefest is about an old man going to a university to receive an award. What it has to do with strawberries is anyone’s guess – no one’s sat through the film long enough to find out without nodding off.

This Ralph Fiennes and Rachel Weisz drama features a little bit of gardening, but by no means are either of them constantly at it. However, people didn’t go see the film for its horticulture – they went to see it in the hope that Fiennes or Weisz would get their kit off at some point. That’ll teach you pervs to know who John le Carre was. Hint: he wasn’t like Alan Titchmarsh.

Geography is not one of Hollywood’s strong suits. Krakatoa is actually West of Java. The producers of this disaster movie found out about the error way before the film came out, but decided to stick with East rather than West as it sounded more exotic. Like the way East Bermondsey sounds much more exotic than West Bermondsey. 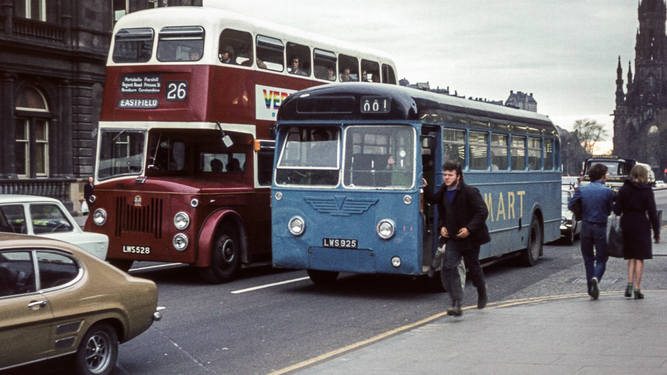 A MAN who claimed voting for Labour would drag the country back to the 1970s is happy with rising inflation and an unheated home when the Tories do it.

In 2019 Bill McKay assured anyone who would listen that Jeremy Corbyn was hell-bent on inflicting economic chaos on Britain, but now feels the Conservatives are responsible leaders for doing exactly that.

McKay said: “Obviously if Labour were in charge now I would bitterly blame them for pushing innocent little children and nice old ladies into freezing poverty thanks to their woeful mismanagement of the economy.

“But because it’s the Tories, I’m of the opinion that putting your clothes on under the bed covers because it’s so cold and only being able to afford one shower a week are noble activities that will make this country great again.

“I’d probably mention other weird similarities like higher taxation, but they’re not spending it on stupid hippy wind farms anymore so that’s good enough for me.

“Am I cold and hungry? No, I bought a house 40 years ago and paid the mortgage off so I’m not going to suffer in the slightest. But I think I remember as a kid my mum made me a jam sandwich once instead of a cooked lunch, so I have known crushing poverty.

“Frankly I barely need to have the heating on because the thought of today’s young people being cold and unhappy gives me a lovely warm glow inside.”