AN office cheese plant has earned a well-deserved employee of the month award, it has been confirmed.

Employees at a packaging wholesaler in East Worthing were initially surprised when the managing director handed a framed certificate and monogrammed pen to the cheese plant in the stairwell.

Warehouse worker Julian Cook said: “But then I thought fair play, it’s been totally smashing it the last few weeks.

“While I’ve just been dicking about slapping labels on boxes, that cheese plant’s been providing decorative value and mildly toxic secretions.” 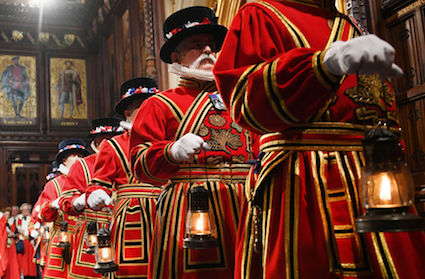 THE unbelievably ridiculous state opening of Parliament may offer a clue as to why the UK has problems, experts have claimed.

They believe the bizarre pantomime could indicate a desire to live in a comfortingly demented fantasy world.

Psychiatrist Julian Cook said: “The opening of Parliament begins with a search of the vaults, in case someone has planted gunpowder there.

“Then the Queen and dozens of lords and courtiers enter in what appears to be a reconstruction of the climactic wedding scene from Shrek.

“Then the Queen reads out some laws she hasn’t written, and everyone pretends she’s in charge even though they all know she isn’t. If one of my patients came up with such a delusional scenario, I’d zap them with the lithium.

“Then the Queen leaves in an ornate horse-drawn carriage like some geriatric Cinderella, and everyone just carries on with their day like that was all fine.”