A MAN asked to socialise an idea and give it an offline pulse-check has confirmed that it made him hate his boss but also hate himself.

Josh Hudson clarified that he completely understands what his boss means, will perform the actions and report back to him in the same language but that everyone involved will be filled with self-loathing throughout.

Hudson continued: “Before he got promoted, Ryan was a normal human being. Then one day we were on a call and he said, ‘What cadence shall we engage at going forward? Can we circle back and touch base by close of play?’

“I waited for someone to take the piss but no-one did. Then Martin replied, without any trace of irony: ‘I think a daily pulse-check is a good baseline: that will keep us nimble. And if we don’t get buy-in during that window, we can deep-dive offline.’

Professor of linguistics Helen Archer said: “Workplaces are hotbeds of insecurity and sheep-like imitation, so if one tosser uses a phrase everyone will. Drop ‘Let’s hand-feed this koala’ and five days later, the executive board is saying it.

“Or you can speak plain English and make sure you’re clearly understood at all times. But don’t expect to ever get promoted.” 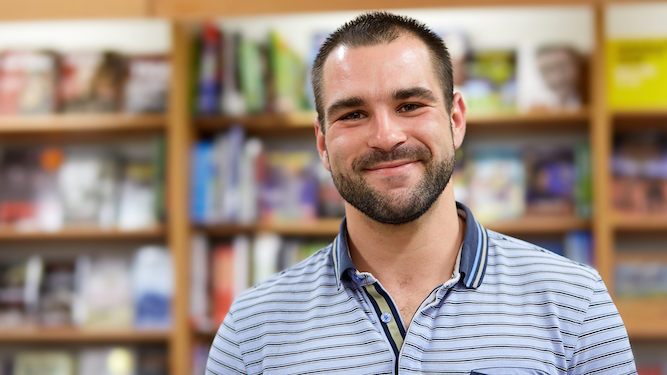 A bunch of flowers brightens anyone’s day, though less so when the people you buy them from are foppish arseholes who made a fortune in pharmaceuticals and now run this as a retirement hobby at the age of 39. And will still make millions off it.

Everyone pretends to know about wine, but no-one condescends more than this Eton and Cambridge graduate. Anything under £50 is ‘plonk’ to him and he has been known to recommend that you pair the Malbec with roast pheasant while sneering superciliously because he knows you won’t.

This wood-panelled, artisanal bakery only makes one type of bread a day and it always has an edible flower in it. The service always makes you feel as if your very prescence is emitting some sort of foul odour, and they roll their eyes at your pronunciation of ‘ciabatta’.

Ordering books off Amazon is what the Nazis did. Real readers prefer the simple charm of a local bookshop with velvet furnishings and a live-in cat. It’s the perfect place to peruse Proust, if the boorish owner could stop loudly complaining that he doesn’t think he’ll get round to his Verbier chalet this year.

Why go to Costa when you can support a quirky independent retailer? Because it’s run by two former hedge fund twats who fly to Colombia to choose their beans and have a business plan to go global by 2024. A latte costs £8.40.