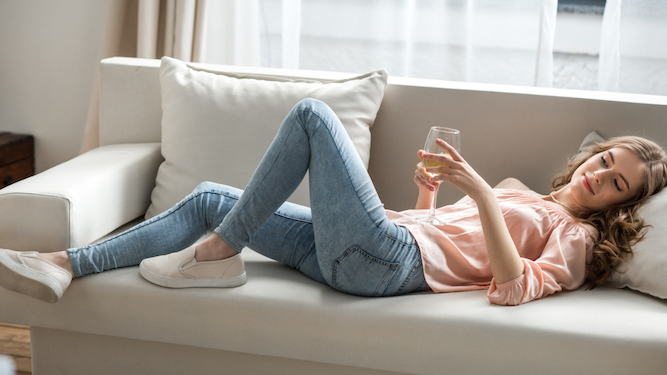 Lucy Parry of Nottingham admitted she has been dissatisfied in her career for years and wondered if there was something out there that would be perfect for her, and has now found it.

She said: “I’ve been furloughed since March. And in that time I’ve realised that what truly makes me deep-down happy in life is raking it in while doing jack shit all day.

“Not having to set an alarm in the morning, not having to worry about drinking on a school night, not having to trawl through 57 responses to a single group email about a birthday cake and still being paid 80 per cent of my wage. I’ve found my calling.

“I’m thinking of maybe doing an online course in productivity avoidance, so I can really hone my skill set to be best placed to do more quality non-work in the years to come.

“Honestly, if only I’d known earlier I could find something I enjoy doing as much as sod all and actually be paid for it! This really is a dream come true.”

Boyfriend Tom Booker said: “I’ve tried to prepare her for the fact that the scheme won’t last forever, but she’s too high on indolence to take it in.” 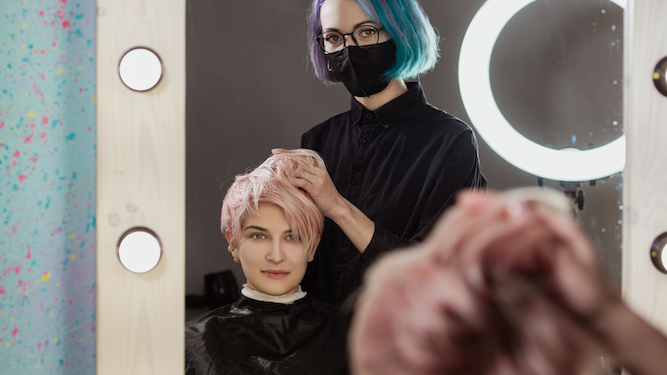 HAIRDRESSERS are open again, so here’s six styles that say ‘I was so focused on getting there first I didn’t think about what I wanted then buckled under pressure’:

When you’ve nabbed an appointment the first weekend back you know that you need to make a statement. But, though so much is different in this post-lockdown world, the fact remains that nobody can pull this off even with a mask covering half their face.

Unable to articulate your feelings when asked ‘How have you been?’, you pointed to a truly dreadful cut to sum it up and then got given it. At least it could stop everyone talking about pubs long enough to congratulate you on your ‘bold’ choice.

Confronted by your hairdresser in their full PPE, your mind harks back to happier times. Like a few months ago, when Tiger King was massive and we thought this might all be over by June. Expect ‘business in front, party in back’ to become a government slogan within weeks.

You had the self-restraint not to try bleaching your hair at home, so you rewarded yourself by getting it done the moment it was possible. Hideously expensive, wildly misjudged given your skin tone, and ready for your roots to be visible right through either the second wave or your upcoming unemployment.

You tried to cut it yourself. It went horribly wrong. You got your partner to do it. It was even worse. Now your clearly traumatised hairdresser has had to go in and sort it out into something that will apparently be okay when grown out but currently looks dangerously experimental.

You booked before realising you will continue to have little reason to look nice. Make all the arguments about split ends you want, but in your heart of hearts you know you’ve wasted the most exciting thing that will happen for months. At least mullets have character.