How is the new office trainee getting on your tits?

THERE’S a new kid on the block at work and he’s driving you round the f**king pipe. Here’s what the obsequious little twat is up to.

You knock off at 5.30pm with military precision, but this eager-to-please little shit revels in working on ‘just until I’ve got these notes typed up’. He’s already giving you paranoia that you’ve jumped the queue in the next round of redundancies.

‘How does the marketing strategy reflect our brand?’ He’s blatantly currying favour with inane questions your manager will love pompously answering at length. A more pertinent question would be ‘Why does the guy sitting next to me have a bottle of vodka in his desk?’

You’ve only got a shaky grasp of Word, but this baby-faced wanker is a walking software encyclopedia who suggests using all sorts of new-fangled computer programs you’ve never even heard of. You suspect these may be irrelevant or impractical, but he’s still making you look like Benny from Crossroads.

He wants to start an office suggestions box

He thinks it’d be a brilliant idea for people to post their blue-sky-thinking ideas in a poxy cardboard box – and your corporate plodder boss thinks it’s genius. Now you’ve got to think up something innovative and you’ve never done that in your life. Your best idea of ‘Asking Josh if he wants to f**k off’ somehow isn’t going to cut it.

He’s unilaterally decided Friday is ‘cakes day’ and brings in a Tupperware box full of sugary goodies. You wonder which is most annoying: the way he always offers the boss first dibs, the brown-nosing crawler, or the fact that they’re actually f**king delicious.

You’d forgotten the naive, overconfident, enthusiastic twat who joined all those years ago. Christ, that was you. The new guy will hopefully soon be as miserable as you, but deep down you know he’s destined to climb the career ladder like a rat up a drainpipe and in a year or two he’ll be your f**king boss. 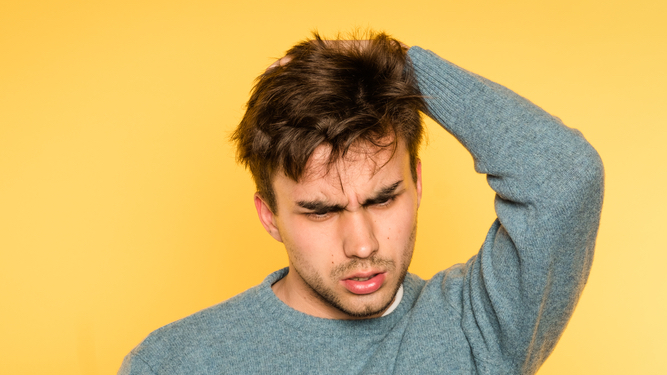 A MAN has been bombarded with the phrase ‘levelling up’ so much he has no idea what the f**k it means anymore.

Martin Bishop thought it made sense when he first heard it but having witnessed it being applied to everything from more jobs in Doncaster to cheaper air travel is beginning to suspect it is probably bollocks.

Bishop said: “Levelling up sounds good at first, but you hear it every sodding day. It’s like repeating a normal word like ‘sandwich’ over and over until it sounds totally alien. Sand… which. It’s got nothing to do with sand.

“Or witches. How weird is that?

“When you think about levelling up for more than 10 seconds, it loses all meaning. It’s making things level, but also making them go up. Can you level things down? What things anyway?

“I no longer know if it’s much-needed investment in struggling areas or meaningless bullshit with no plan behind to it to make Red Wall voters kid themselves they didn’t just vote Tory because immigrants.

“Given that it’s the thatched blond man-child’s favourite phrase, I’m pretty sure it’s the latter.”