How to be a devious shitweasel at work

DO you like scheming against your colleagues at work, even if you work in a dreary office and there’s not really much point? Here’s how to go about it.

Be a fake friend

If a colleague is having problems, pretend to be their friend when really you’re collecting negative comments about co-workers and bosses that can later be used against them. Tell yourself this is fine and absolutely nothing like being in the Gestapo.

Badmouth colleagues in a jokey way

Say things like: “I bet the pub orders an extra lorry load of Lambrini when they know you’re coming, Judy!” You’ve cleverly insinuated they’re a low-status alcoholic, and given the level of humour in most offices you will be regarded as a Wildean wit.

Organising trivia quizzes and embarrassing charity activities will give you the pathetic sense of authority you crave. Also it allows you to snitch on staff who aren’t ‘team players’ because they don’t get an erection at the thought of Pudsey Bear.

Blatantly suck up to anyone who can help your career

Obviously you should be fawning over your boss and pretending you’re mates. But always be on the lookout for other middle-management types to ingratiate yourself with, even if it means sprinting down a corridor after some bellend who’s ‘Strategic New Media Marketing Deputy Vision Leader’.

Criticise people in a vague but damning way

If asked your opinion of a colleague say, “Chris? Nice enough guy but he’s very… nah, forget I said anything.” This will leave them forever tainted with vague criticism that could mean anything from ‘disorganised’ to ‘keen on heroin’.

This won’t aid your career directly, but it will prevent an altercation with a shitfaced colleague who’s remembered you made him look a twat for being 10 minutes late a few times. 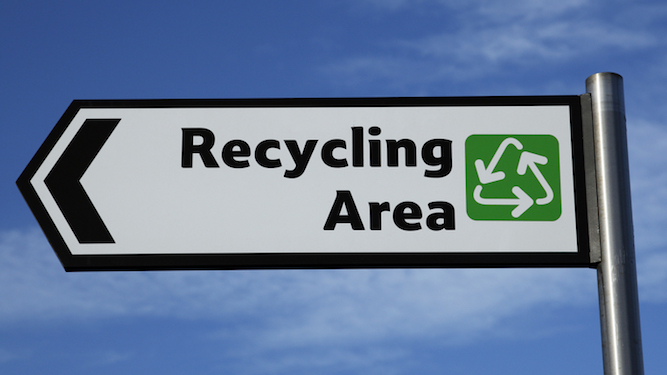 WITH catastrophic climate change on its way, responsible people like you need to act fast. Here’s what you’d definitely be doing if it wasn’t too much hassle.

Sure! But what? Jackfruit? You’re taking the piss at a tenner a go. Quorn? Their pretend mince tastes like fried string. Come on, Science, you’re the one telling us about climate change so make us a vegetable that tastes exactly like crispy fried pig.

Drive your car a bit less

Sounds doable, but when the time comes to walk to the bottle bank or local shop you suddenly remember a couple of bags of wine and potato waffles can be really quite heavy. Also isn’t not using the big metal 4×4 in your drive a waste of the earth’s resources too?

Healthy and green. However widespread environmental destruction may be a small price to pay for avoiding the humiliation of wearing bicycle clips. Also carries the equally terrifying risks of being run over or turning into a hardcore cycling bore.

Yeah, totally. Those poor whales and turtles. On the other hand all those free carrier bags irresponsible corner shops give you mean you haven’t had to buy a roll of bin bags since 2006. Truly a difficult ethical decision.

Composting is a good idea, but you wouldn’t want to do it wrong and give everyone bubonic plague from rats. Alternatively you could recover slightly out-of-date food by rooting around in supermarket bins. But frankly just ‘no’.