EXPECTANT mothers who will now have to name their children Archie or Harrison are wishing Meghan had chosen something more normal.

Pregnant women recognise they have no option but to name their own children after the royal baby, but have admitted they were hoping for names that would not attract ridicule.

Joanna Kramer of Crewe said: “There’s a Harrison on our street. He siphons petrol from cars to make Molotov cocktails which he throws at trains. So I’m not delighted.

“The alternative is Archie which everyone knows is really the very dated name Archibald. So it looks like my child is going to grow up sounding like a pensioner on his way to bingo.

Eight-months-pregnant Donna Sheridan said: “I was either hoping for proper American, like Corey or Maverick or Kennedy, or something acceptably dull and English. This falls between two stools.

“Archie’s the kind of name a teenage mum gives her kid hoping he’ll wear glasses and do well at school. Harrison’s from Star Wars. They’ve fucked up.

“I’ve started saving up for the counselling my own Harrison will need after a lifetime of people saying ‘Where’s Chewbacca?’.”

Mum puts kids' dinners straight in bin to save time 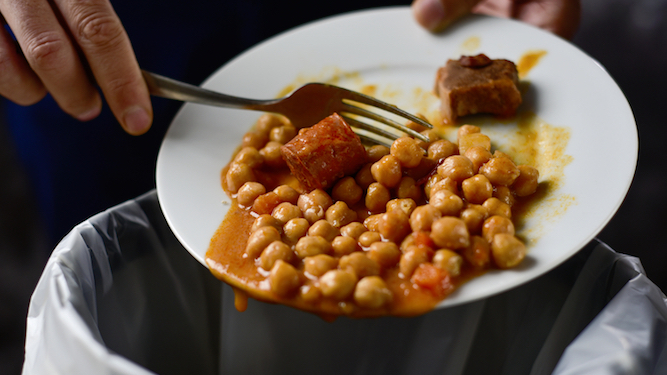 A MUM has started putting her children’s dinners directly into the bin to save a whole load of fucking time and effort.

Mother-of-two Emma Bradford decided it was much easier to dispose of her lovingly prepared meals right away, rather than have a three-hour row with her family about it first.

She said: “I’ve had enough of serving up delicious home-cooked meals only for my children to behave as if I’ve done an actual shit on their plates.

“It used to take two hours just to get my three-year-old to eat one single pea and I once had to pay my son a tenner to lick a cottage pie. It was getting ridiculous.

“But since I started serving their food straight into the bin, there’ve been no more arguments. And once they realise they’re starving they’re soon rummaging through the bin for something to eat.

“I’m slightly concerned about germs but it’s worth it for stress-free dinner times. We love our ‘bin dinners’.”