How to be incredibly annoying at work

DO you like pissing off colleagues with your incredibly annoying personal habits? Here are some great ones to try – if you haven’t already!

Slowly drive your co-workers into a state of silent rage by sounding like Darth Vader or a serial killer leafing through polaroids of his victims. Up the ante by combining it with eating. A tuna baguette being noisily masticated somehow makes it far worse.

At first colleagues will be sympathetic to relationship problems. But after you scuttle off for the 1,000th time whispering “Shelley, I did not say that…” on your mobile they’ll definitely be thinking ‘FUCK OFF! FUCK OFF! FUCK OFF!’.

Hair-flicking, nail-biting and bollocks-scratching are all great. Take it to another level by actually inserting ear drops at work and studiously removing the unclogged ear wax.

Wear headphones all the time

Cut yourself off in your own sonic bubble so that co-workers have to awkwardly gesture at you several times if they need to speak to you. When someone takes an interest in your presumably interesting music tastes reveal it’s just The Best of Phil Collins.

Take the piss with personal stuff

Leave the office for reasons such as: taking delivery of a chiminea; your five-year-old’s vitally important sporting event; something at the bank. Scoot out at 2pm and don’t return, as if – as suspicious minds may conclude – you are putting your feet up with a glass of wine and enjoying an extra few hours of ‘bonus holiday’. 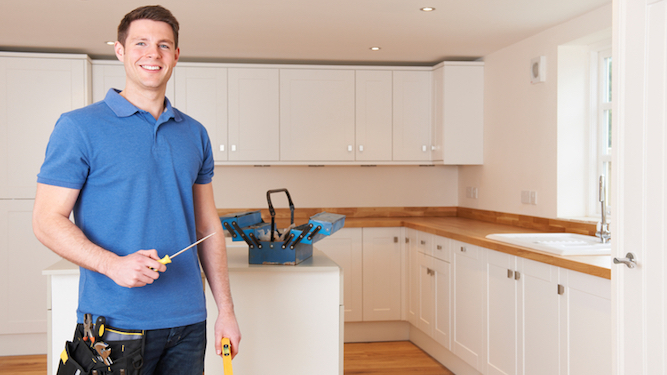 The Institute for Studies found that 98 percent of middle class males felt a compulsion to suck up to their working class counterparts but could give no rational explanation for it.

Professor Henry Brubaker said: “Initially we thought it might be an attempt to get charged less by workmen, but it appears to be an altogether more complex form of creepy man-love.

“It may be they feel deep respect for the working man, or they could just be scared of them. Either way it’s pretty toe-curling when they start going ‘Alright, Jeff?’ and ‘Did you see the football?’.”

Accountant Tom Logan said: “I just can’t help myself when a plumber or some other horny-handed son of toil comes round. I’m like Lady Chatterley and they’re my lover.

“I was embarrassingly matey with the builders who did our extension. I’ve no idea why. I’m never going to see them again and in the cold light of day most of them were knobheads.

“Last week I started doing keepie uppies when the meter reader came round. I broke a couple of pictures and the Alexa but it was worth it because he laughed with me.”