A COMPANY’S human resources department has emailed all employees asking them, while not saying it outright, not to black up.

The email went out to every member of staff at Cheltenham’s KCLS Accounting, reminding them of their responsibility to represent the company by not, for God’s sake, wearing any obviously racist costumes.

Client manager Tom Logan said: “It began by reminding us to drink responsibly and plan how we’d get home, then it was all ‘don’t do anything that could be construed as offensive’ and ‘what may have been fine 20 years ago is not today’.

“It strayed off into ‘observing each others’ boundaries’, but then crashed back into ‘respecting other cultures’ and ‘avoiding crossing certain lines’ and ‘what goes on social media is not private’.

“I thought it was a bit heavy-handed, to be honest. I mean, what kind of idiot would do that in this day and age? But I suppose they have to be sure.”

Managing director Martin Bishop said: “I haven’t read the email. I’m going to the do dressed as Lionel Richie. It’s going to be absolutely hilarious.”

How to f**k up your Christmas with politics 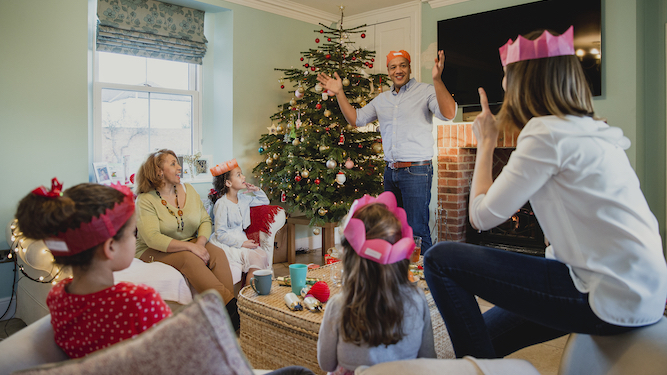 THE general election has already ruined the Christmas run-up, but it doesn’t have to stop there. Here’s how to let it turn the whole festive period into sh*t:

Invent a parlour game about whether Johnson or Corbyn would make the best Father Christmas. Johnson does leave a trail of disappointed children behind and everything about him is a lie, but Corbyn owns red, beards and massive unfunded giveaways. Fun for all ages.

Labour’s anthem The Red Flag is sung to the tune of O Christmas Tree, so why not change more carols to have political lyrics? Rejig Away In A Manger to be more about Syrian refugees than it already is, or The Little Drummer Boy to ‘get Brexit done, pa-rum-pa-pum-pum’.

Tell everyone that the quality of their presents is directly dependent on the party of your choice being elected. On Christmas Day, show them what they could have won before whisking away a Nespresso and replacing it with a dusty, back-of-the-cupboard cafetiere.

At Christmas dinner, make sure to seat Leave and Remain voters alternately, to keep conversation lively. Comments like ‘Turkey? Not the kind that’s joining the EU?’ or ‘More Brussels for everyone?’ should see sparks fly.

As the Mrs Brown’s Boys festive special kicks off, speculate that the show will be subject to border checks after Brexit and be delayed until mid-February. Nothing will polarise a family like this.

At charades, attempt to convey divisive concepts like ‘the Lib Dems’ claim to represent a powerful political force’, ’40 new hospitals and 50,000 nurses’ or, simply, ‘Nigel Farage’. Guests will soon leave and you can finish the Heroes yourself.