HR terms that mean you're about to get fired

ARE you being bombarded by indecipherable corporate jargon? Check to see if you’re about to get your arse kicked out the door.

1-2-1
There are only two reasons people talk to each other in an office: to offer a cup of tea, or to give someone a bollocking. If you’ve got a fresh brew in your hand and you’re in a one-to-one meeting, chances are your time has come.

Benchmarking
This is an athletic-sounding way of saying ‘we’ve got our f**king eyes on you’. Should you hear the word ‘benchmarking’ in sentences that also contain the words ‘low performance’, and ‘highly expendable’, it’s probably time to give your LinkedIn page an update.

Gross misconduct
Remember the time you shat in the office plant pot after Janet’s birthday drinks? Yeah, well, not only did it ruin the party atmosphere, but the cleaners didn’t appreciate it either. Fingers crossed your boss doesn’t mention it when that job you found on Indeed comes sniffing for a reference.

Exit interview
Clue’s in the name with this one. If you’ve found yourself in an exit interview you either know you’re on the way out, or you’ve wandered into the wrong room. Either way, just say “constructive dismissal” and everyone should start treating you better. 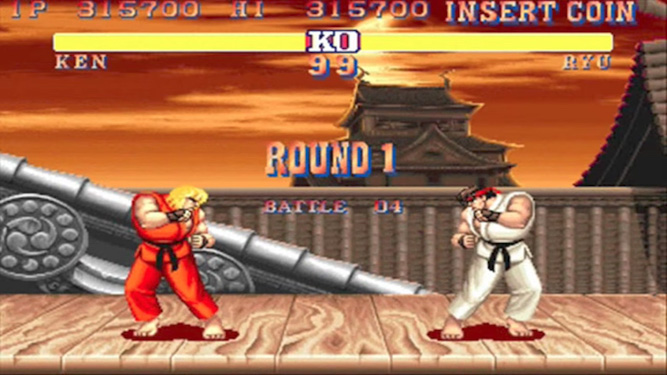 WHAT exactly has happened in Parliament this week? And would it be easier to understand if told via the medium of Street Fighter II?

At the opening of the week Ken (Boris Johnson) was flying high. Having devastated other contenders with his unexpected Tornado Whirlwind Kick (prorogation), the blonde fighter feared nothing.

But on Monday Ken faced the united opposition of Dhalsim (Jeremy Corbyn), Chun-Li (Jo Swinson) and Zangief (Nicola Sturgeon) who unleashed a set of combos that left him reeling.

Cheering witnesses in a street market (Brexiters), next to a cage containing a flapping chicken (Kay Burley), expected Ken to use the reach of Dhalsim’s stretching limbs against him.

But the spoiled rich kid was instead hit with a Lightning Kick from Chun-Li (Philip Lee crossing the floor) then a series of spinning kicks from former ally Guile (Conservative backbenchers).

Staggering from the repeated blows, Ken attempted to perform his Rising Dragon Punch (call a general election) but only halfway through his combo was stunned by Dhalsim’s Yoga Fire move (delaying any election until after an Article 50 extension).

And then, while trying to collect himself by leaping backwards, Ken was hit by a shock Surge Fist (resignation) from former friend Ryu (brother Jo Johnson), was knocked out and a digitized voice proclaimed ‘YOU LOSE’ (the media verdict).

Ken now has no option but to insert a coin if he wishes to play further, but is not thought to have any 50p pieces (political capital) left.