'I was in MI5 and can't talk about it', and other brilliant explanations for CV gaps

DID you spend 2008-2012 sleeping late and smoking weed? Has it left a gap in your career narrative that’s tough to explain? Use these lies:

An impressive organisation to have worked for and, like Boris Johnson after a party, you’re legally not able to divulge any references or provide any proof that you were actually there. If they pry, you can accuse them of being a threat to national security and tell them they’ll get double-tapped.

‘I was training for the Olympics’

In the end it all came to nothing. But for 12 months ending in January of 2016, you were almost definitely going to be on Team GB’s bobsleigh squad. It hurts to talk about it, of course. It should you, damnit, not Lamin Dean.

‘I wrote a bestselling novel under a penname’

Tell them you took that year out in your mid-20s to write a bestselling book – and this is important – under a pseudonym. Imply it might be about a certain boy wizard, or games related to hunger. But you’re bitter about being ripped off and hate to talk about it.

‘I was abducted by aliens’

As long as you’re not interviewing for a job that requires you to have set beliefs, like Catholic priest, they legally can’t discriminate against you for your belief that for a six-month period in 2004, you were taken to Sirius and back. And anally probed, obviously.

‘I was president of a country that no longer exists’

You can’t expect the manager to be completely up-to-date on all geopolitical goings on, so why not make up a country and see how much you can improvise about your election, your downfall, and the dissolution of the state. You might even get a higher salary.

‘I was too busy turning jobs down’

It’s not that people didn’t want you – it’s that you didn’t want them. They were on their knees begging you to come be CEO at Microsoft. But you were saving yourself for this administrative position at a printer supplier. How can they turn you down after that? 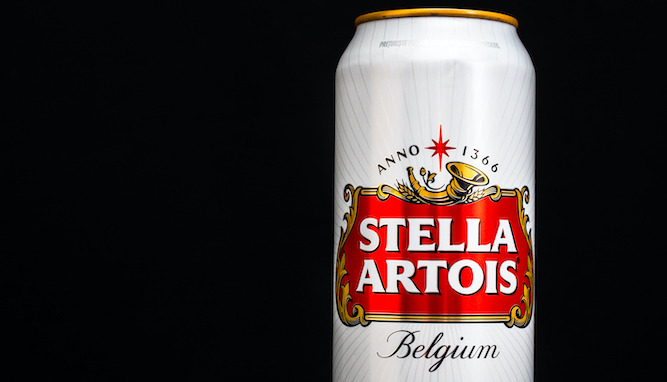 A MAN has a ‘nightcap’ of four cans of Stella every night to help him relax before bed.

While some people enjoy having a bath, meditating or reading as ways to help them switch off, Stephen Malley’s go-to method of unwinding after a hard day is cracking open a multipack of premium-strength lager.

Malley said: “There’s something very civilised about having a nightcap. People in films are always doing it, although they tend to choose the hard stuff, like whisky. I wouldn’t go that far. It’s not like I’m a massive pisshead or anything.

“I just find it helps me get to sleep better. It does mean I wake up at about 2am with a bladder that feels like it’s full of lava and about to explode, but those first two hours of shut-eye are bliss.

“Then I tend to lie awake for the rest of the night feeling uneasily hungover and worried about how I’ll get through another miserable eight hours at work feeling like shit.

“After that, I spend all day looking forward to chilling out with my nightcap. It’s basically what my wife would call ‘self-care’, if she didn’t already call it ‘a slippery slope into being a total f**king alcoholic’.”