'Let's agree to disagree', says woman who will bring it up again in five minutes

A WOMAN who has asked everyone to agree to disagree will raise the contentious issue again in a few minutes.

Tensions were first raised when Francesca Johnson interrupted a work presentation to point out a minor formatting error. Despite reassurances from her colleagues that this was nothing to worry about, Johnson refused to drop the matter.

Manager Mary Fisher said: “I don’t know why we’ve been talking about it for this long. It’s not ideal for there to be two different fonts on one slide, but Francesca won’t let it go until we admit it’s unprofessional, apologise and launch some kind of enquiry.

“She also seems to think it’s our fault we’re still talking about it. Seven times in the last hour she’s said, ‘this is silly, let’s all drop it now’. But a few minutes later I’ll hear her launch back into ‘I just think it’s funny how some of us can’t follow the guidelines’.

“The last video call ended with her saying that we should move past this, but I can already see her furiously typing away on the group chat. We’ll never hear the end of it.”

Johnson said: “There’s nothing more to say. We’re not going to get anywhere talking about this all day. The matter’s closed and everyone should move on.”

Two minutes later, she added: “It says a lot about a person if they can’t admit to messing up though, wouldn’t you agree?” 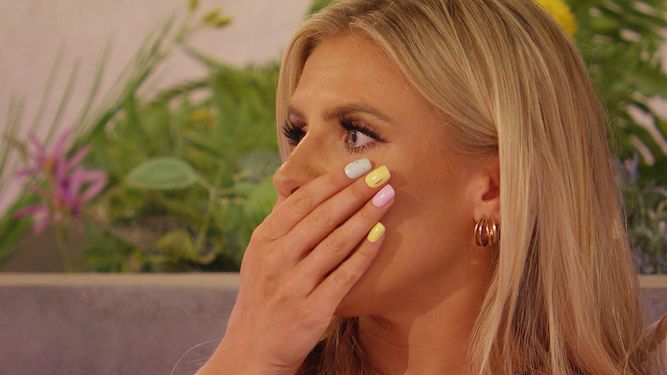 JUST heard a high-pitched chord during reality TV, even though absolutely nothing happened? One of these non-events occurred:

No, your eyes are not deceiving you, and this is not an under-16s disco. These grown adults are giving impassioned, tear-filled confessionals to camera because their friend managed to lock lips with someone who clearly fancied them. Heart in your mouth stuff.

Someone didn’t kiss someone

A man has stormed off set, backed by a ballad about betrayal, because a pretty woman he’s treated awfully didn’t want to kiss him. Even primary and secondary school kids would be embarrassed by this overdramatic display, meanwhile you’ve lost 40 minutes of your life by watching it.

Someone accused someone of lying

There’s one thing that offends people who make thousands selling ghost-written books and endorsing bullshit diet pills more than anything else, and that’s being called a liar. Or even worse, ‘fake’. If this happens expect screaming and crying, then lots of hugging and calling each other ‘family’.

Someone didn’t come to someone’s party

Even though 90 per cent of this show seems to be every woman on it saying how much they hate every other woman on it, God forbid one of them misses this week’s soirée. Whether they’re feeling under the weather or clinically dead, no excuse will save non-attendees from becoming a villain worse than Satan.

Someone threw a drink

Admittedly quite dramatic in comparison to the above. However reality TV will consider a thrown drink on par with someone getting stabbed in the face. At least three of the following episodes will earnestly cover the aftermath of the flung beverage, complete with black-and-white slow-motion flashbacks to the chilling incident. Never invite people like this to a gig or football match.