A YOUNG couple is enjoying their restaurant date despite being surrounded by the miserable future that possibly awaits them.

Lucy Parry and James Bates are making the most of their romantic meal, even though they can see the grim repercussions of a successful relationship all around them.

The waiter tending to their table said: “It’s amazing, they’re acting as if they’re not having dinner in a scrapheap for the idea of romance.

“There’s only one married couple in here who’s having a conversation, and it’s an argument about recycling. Everyone else is idly scrolling through their phones. I passed one table where they were both on Tinder.

“Married diners are easy to spot because they have the sad energy of a bear chained up in a dilapidated zoo. In comparison these two are wild horses roaming free. It must be insulting for everyone else to see.”

Married diner Margaret Gerving said: “I hope for their sake they break up. Relationships start out fun, but soon you’re staring at an overpriced chicken Kiev and making small talk about how uncomfortable the chairs are.”

Titanic, and four other movies it's unreasonable to expect to remain unspoiled 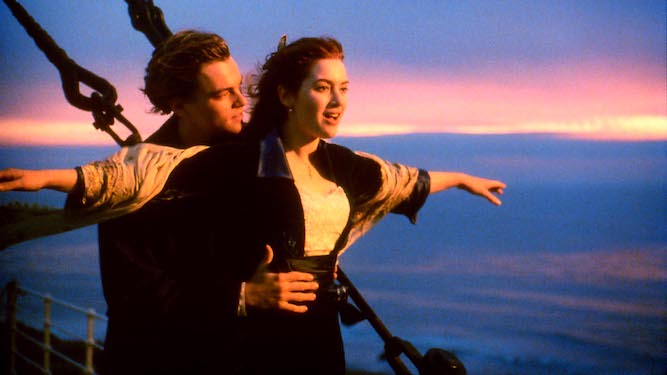 FROM The Sixth Sense to The Usual Suspects, films have twist endings you don’t want spoiled. And then there are these deathly predictable movies:

The Passion of the Christ

The story of an ancient Middle-Eastern man being tortured to death on cruciform wood is quite well known. If anyone screams ‘What? Jesus H. Christ was crucified!?’ in shock as this film reaches its predictable climax, they are beyond salvation.

If you’re a human being living in the 21st century you’ve heard of the Titanic. Mainly because the unsinkable liner’s maiden voyage ended on the floor of the Atlantic Ocean. Anyone who doesn’t know the connection between the Titanic and f**king big icebergs has bigger issues than having a film spoiled.

This film, documenting Hitler’s final days in his Berlin bunker, shouldn’t contain any surprises for anyone. If somebody accuses you of dropping a spoiler by mentioning that Adolf Hitler killed himself and that Germany lost the war, what else have they missed? Do they even know Dirty Den was the father of Michelle’s baby?

A biopic of Neil Armstrong, a man exclusively known for being the first man to walk on the moon. Unsurprisingly, the film’s dramatic climax focuses on his famous lunar stroll. What else would it end with, Neil Armstrong passing his driving test? Doing some hoovering? Calling Buzz Aldrin to reminisce?

Abraham Lincoln, a man known for: abolishing slavery in the United States; wearing implausibly tall hats, and being shot dead in a theatre. Despite being only the second worst thing that can happen to you in a theatre – after having to actually sit through a play – only a weapons-grade lunatic should be unaware. It would come as a surprise to Laurence Fox.