Man disappointed to find his job still there

A MAN has been disheartened by the discovery that his employment continues to exist and that he is expected to take part in it.

Tom Logan, aged 37, opened his laptop this morning and was horrified to find there were job-related tasks he was expected to accomplish.

He said: “I kind of felt like my job had gone away over Christmas, and had every hope that it wouldn’t be back.

“I was finally free to embrace a life of eating chocolate oranges, getting drunk in front of films and taking three naps a day, just like God intended.

“Instead, I’m dealing with bollocks like replying to emails about how some business I apparently ‘work for’ needs to finalise its annual taxes or be fined £160,000, like that’s my problem just because I’m ‘chief finance officer’.

Boss Helen Archer said: “Oh, is Tom back in today? To be honest it would have taken me a few months to notice if he’d just drifted off.”

The pest controller's guide to dealing with a Blair infestation 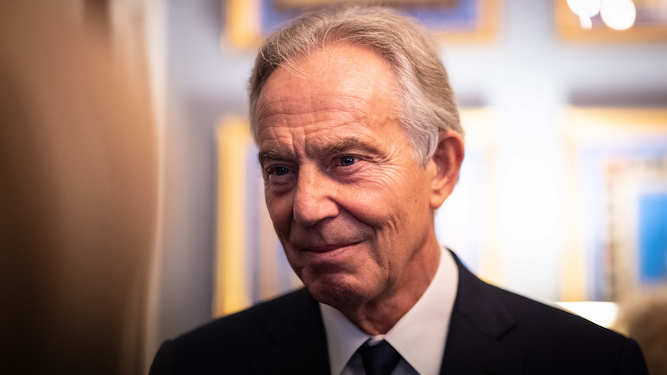 IS your home, country or media sphere plagued by Tony Blairs that just won’t go away? Rentokil exterminator Roy Hobbs lists your options for getting rid of the critters:

Put down a trap

A giant spring-loaded trap about five feet in length kills Blairs quickly and humanely, but keep away from children, labradors, spouses, etcetera. Bait it with something irresistible to a Blair – multiple investment flats, a lucrative contract to represent an authoritarian regime like Kazakhstan, or the chance to have been right all along.

If cornered a Blair will start piously blathering about Saddam Hussein being ‘a very real threat to the stability of the Middle East’ and ‘making the Labour Party electable again’. Ignore this self-justifying crap and bash its head in with a shoe.

Check lofts and basement for Blair nests, which usually resemble a £20 million London townhouse, and render them uninhabitable by spraying Corbynism. Otherwise you’ll be overrun with offspring on the same nepotistic gravy train of business deals and vague work with the UN.

The longer Blairs are around, the weirder it will get. Nip in the bud before they’re smearing mud on their naked bodies while primal screaming during a Mexican rebirthing ceremony.

Many people forget this simple advice. Don’t leave out anything that will have Blairs snuffling around: tasty food scraps, knighthoods, special senior knighthoods, or your attractive Chinese trophy wife.

Unfortunately, this may be your only option. As the entire UK has discovered, calling a Blair a ‘war criminal’ or ‘bat-eared religious creep’ doesn’t deter them in the slightest and you are stuck with the f**kers forever.