AN OFFICE’S tech team appear to be unusually reliant on old-school Post-It notes, colleagues have observed.

The IT people, who often have at least two monitors, spend a disproportionate amount of time writing things on Post-It notes and physically sticking them on the nearest wall, it has emerged.

Workmates of the allegedly highly intelligent and computer-savvy staff do not understand why they are using something so old-fashioned or why they could need so many.

Marketing manager Emma Bradford said: “I visited the fifth floor and there were these collections of hand-written bits of fluorescent paper everywhere.

“It looked like one of those TV shows where they’re investigating a massive, wide-ranging conspiracy, but these Post-Its didn’t say ‘1975 Red Brigades bombing – same Semtex?’ but ‘add billing module’ and ‘cache clears 48 hours 12pm’.

“Shouldn’t they just be using, you know, computers?”

Network engineer Nathan Muir said: “The more you work with computers the more aware you are of what unreliable bodged-together crap they really are. Post-It notes you can trust.” 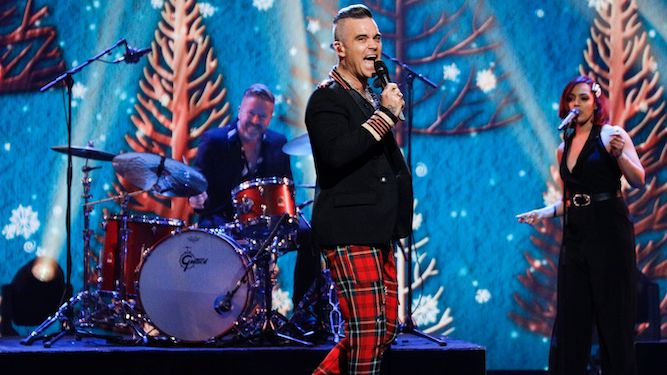 ROBBIE Williams wants your nan to give him £15 for an album he took no pleasure in making and she will get no pleasure from listening to.

Williams’s new CD, a double album of new Christmas songs and old standards, has been produced because he has a house in Los Angeles the upkeep of which does not pay for itself.

A spokesperson for the singer said: “Your nan doesn’t have to give us the money herself. You could buy it for her. That’s why we called it The Christmas Present.

“But either way money’s changing hands, and it’s coming from you to us.

“Is it any good? You know, that’s something I don’t think any of us considered during the entire process of recording, promoting and release. I don’t think it’s relevant.

“What’s important here is that it’s a new album by Robbie, that your nan will vaguely want it, and that £15 will change hands in a way it rarely does in the music business these days.”

“Or am I thinking of that Michael Bublé? No. No, he’s the one who can sing.”