A GROUP of office workers spent 50 minutes anxiously waiting for a pub lunch then wolfed it down in 10 as their Friday ‘treat’.

Staff at Frinton Insurance in Cheam decided to have a break from their ‘boring’ canteen and instead subject themselves to a fraught, expensive ordeal which left all of them with indigestion.

Administrator Nathan Muir said: “We’d heard of other people going for a ‘pub lunch’, so we thought there’d be time. We were naive fools.

“The first pint was lovely, but after a ten-minute drive to get there I was gripped by a nagging fear that we needed to be ordering food immediately.

“By the time we did I was painfully aware that we had a mere 30 minutes to go if we were to get back in time, and the beer was curdling in my nervous stomach.

“As the clock ticked inexorably conversation faltered to nothing but ‘Where the fuck is our lunch?’ and ‘We should have gone to a carvery’.

“Finally it arrived and with 10 minutes to go I bolted down a roast with Yorkshire puddings, drove back to the office, slumped in my seat and spent the afternoon burping out my regrets.”

If I move down any more I'll practically be shagging someone, says man on Tube 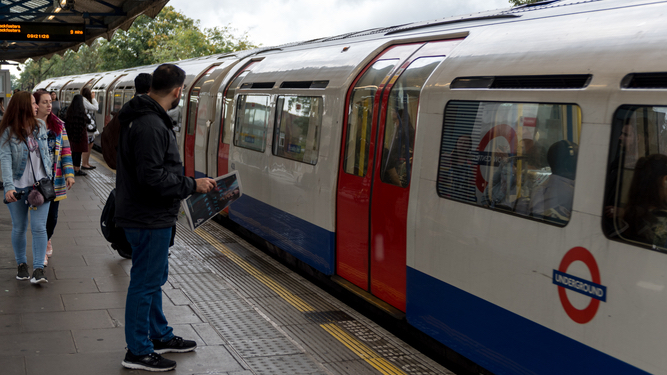 A MAN asked to ‘move down’ a packed tube carriage has pointed out there was nowhere for him to go without becoming extremely intimate with other people.

Tom Logan was already tightly wedged against fellow commuters when he was instructed to ‘move down inside the carriage’, which would have been impossible without breaking the law.

Office worker Logan said: “I was already snuggled up against a guy in a pinstripe suit in a moment of closeness that normally only occurs with my girlfriend.

“If I’d moved left I would practically have been embracing the woman next to me, which would have been worse. I suppose I could have sat on the lap of the Polish builder on my right, but he might not have liked that.

“But the bastards keep telling us to do it. Thank god the bearded guy behind me was pretty chilled and didn’t say anything about us touching buttocks for 10 minutes.

“Sure, I could just ram my body against total strangers, but I’m usually late enough for work already without being arrested by the Transport Police.”

A Transport for London spokesman said: “We know people can’t squeeze up any more. We just tell them to do it for a laugh.”