BRITONS who make a living selling stolen goods at car boot sales have demanded the government put them on a furlough scheme.

Before the lockdown, Wayne Hayes was making up to £348 per week selling generators, electric fence battery chargers and mountain bikes with the serial number filed off at school recreation grounds.

Hayes said: “The ban on car boots is particularly heartbreaking as I had just taken in stock from a building site, including a cement mixer which was very heavy to lift.

“Rishi Sunak’s all for handouts for some, but petty criminals who diligently spend every weekend loading a rusty Transit van with power tools and bootleg Steven Seagal DVDs then driving it to a field full of cash buyers are overlooked.

“It’s clear-cut bias. Also, do you know anyone who wants a pressure washer?”

Stephen Malley from Yeovil said: “Without car boot sales to sell at, years of hard work is going down the drain. My brand might never recover.

“Why not legalise any theft of less than a grand, and allow grassy areas outside council offices to be used as impromptu sales sites? Burglars vote too, Rishi.” 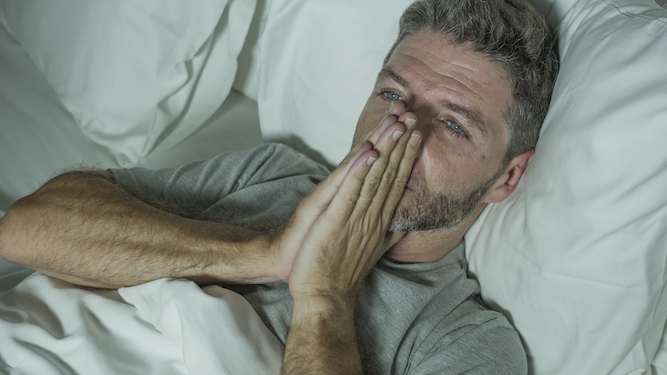 BRITAIN has admitted being unable to sleep since Saturday because it is tormented by the possibility that good things can happen.

The end of Donald Trump’s presidency seems to indicate that not everything turns out badly and that hope is not a wasted emotion, neither of which the UK can cope with.

Nathan Muir of Hatfield said: “Since the barrage of deaths and f**k-ups that was 2016, I’ve numbed myself out of any kind of optimism. It was clear that only the worst would happen, all the time.

“And for the last four years that’s been entirely borne out by events. I mean I won’t say I was expecting a pandemic but I wasn’t exactly surprised either. It was in keeping with the general tone.

“But now Trump’s gone, anything seems possible. We could have a working track-and-trace system. We could make a decent deal with the EU. Jacob Rees-Mogg could step on a rake then stagger backwards into an open manhole.

“It’s killing me. It gnaws away at my insides, telling me that we could beat Covid like other island countries have, that life go back to normal, that one day we’ll see Boris tried in the Hague.

“I just want this feeling to go away before it hurts me. This is worse than Trump ever was.”