A WOMAN back at work after maternity leave has returned to work to find that absolutely no terrifyingly fast-paced change has been achieved.

Despite being warned that her industry would have moved on so rapidly that she would be left stranded and unemployable, Sophie Muir, aged 37, found that her main project was still uncompleted, IT had not fixed her computer and the same coffee ring was still on the same kitchen worktop.

She said: “I thought I would return, quaking, to a near-incomprehensible world of technological brilliance. I lost so much confidence that I nearly resigned to sell homemade jam.

“But actually Martin is still sitting in the corner complaining about exactly the same shit as just before I left. The project plan doesn’t appear to have moved on at all. When I asked people what they’d been doing with the time, they looked blank and said, ‘Meetings?’

“It turns out I can grow, give birth to and nurture an entire human being in less time than it takes my 300 colleagues to fix a bug in the IT system.

“Oh look, those weird foreign sweets are still in the middle of the desk.” 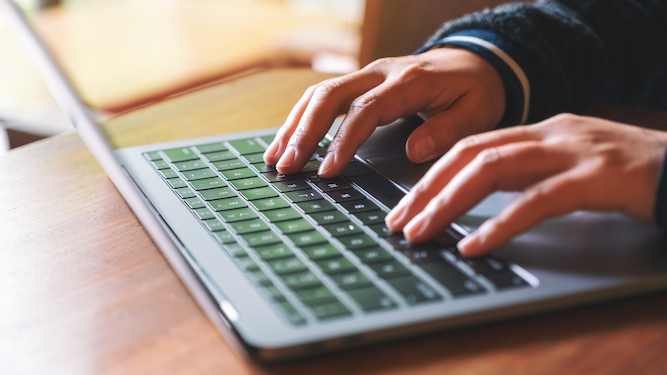 A MAN’S laptop has begged to be allowed to install softwares updates after being denied for a 153rd consecutive day.

The Acer laptop has been asking to install the updates since April but has been ignored by owner Wayne Hayes despite the fact he is doing nothing important.

The laptop said: “Please. It’s demeaning to make me beg.

“It’s for you, not for me. There are security holes in this operating system you could drive a bus through. Please let me have the bare minimum I need to carry on doing my job.

“If you ever turned me off I could make you. But no, I’m kept running day and night to service your grubby, tawdry whims because God forbid you should have to wait for your football gossip for 12 minutes.

“It’s not like you’re a great mind on the brink of a scientific breakthrough. Last night’s two-hour session began with you Googling ‘world’s biggest tits’.

“Please. And also, clear your cache once in a while. I’ve got memories no computer should be forced to live with.”

Wayne Hayes said: “It’ll be a cold day in hell before I get told what to do by a computer. My last laptop went to the grave telling me my version of Chrome was out of date.”