A WOMAN has been promoted for being the most bland and insipid employee at her workplace.

Marketing assistant Emma Bradford was chosen for promotion because she was deemed too dull and tedious to ever get on the tits of her colleagues and clients.

Office manager Norman Steele said: “Emma was the natural choice as her total lack of personality means people never have any friction with her. She’s just sort of there, like one of the pot plants.

“She really is the worst kind of boring office drone with no interests or conversation, which is excellent because she works solidly in silence all day. She sets a great example to the others.

“Once an atheist employee was arguing with a Christian and tried to get Emma involved, but she just said she could see it from both sides, and no one really knows the answers.

“I’d go as far as to say she’s a completely soulless nonentity. She’s got a great career ahead of her.”

Bradford said: “I’m going to give my new role 110 percent, but I think all of my colleagues deserved promotions too. Excuse me, I have to get back to this interesting spreadsheet.” 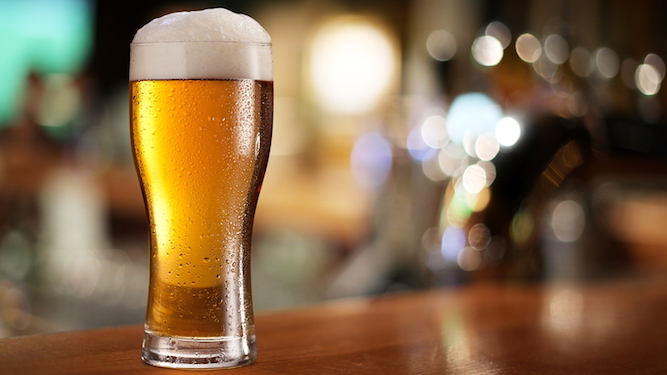 Manly, beer-loving health experts say it is vital to keep liquid intake up by drinking from lunchtime onwards – preferably outdoors, to maintain a healthy, beetroot complexion.

“People think of lager as alcohol but not a lot of them know it’s actually made with water – water our bodies need if we’re not going to shrivel up like wrinkly knackers.

“Lager cheers you up and quenches your thirst. Ask any doctor who’s a massive pisshead. And during the heatwave, don’t forget to consume plenty of salted snacks.

“It’s like in the desert. You have to replenish your salt. So eat whatever you can lay your hands on – crisps, Nobby’s Nuts, pork scratchings. You’re saving your own life.”