A WOMAN who called in sick to work because she ‘deserved some time for herself’ has spent her day hiding behind drawn curtains like a fugitive.

Junior PR executive Carolyn Ryan said: “I headed out the door for some Christmas shopping before remembering the boss’s PA lives near me and might be off and might see me.

“Then I considered a film, maybe that tennis one with her from La La Land, but remembered my phone would check me in at the cinema and someone might spot it and I don’t know how to turn that off.

“I thought I’d just watch Netflix, but of course I’d gone and shared my password with Darren from the office so he’d know. And he would tell everyone. Because he’s a dick.

“So I ended up sitting at home worrying about work, realising how much work I’d made for myself, wondering if they’d believe I was better or if it was more plausible to take two days, before deciding I couldn’t bear another day like this.

“Then I logged on and did a a little bit of work from home anyway.” 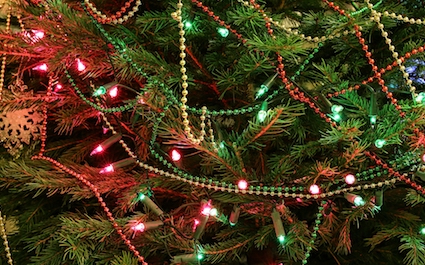 A WOMAN is inwardly seething over the colossal disaster her children have made of decorating the Christmas tree.

Joanna Kramer, from Stevenage, decorated the tree along with her eight-year-old son and six-year-old daughter because it was the right thing to do, but confessed that the resulting atrocity ‘burns her eyes’.

She said: “It was so nice when they were babies. I’d pick a colour scheme, say purple and silver, space it all nicely, and it would look just like the tree in the lobby of a boutique hotel.

“But now we have to do it as a family, because that’s what Christmas is about, and it looks like the explosive diarrhoea of Fairy Fuckwit after too many glitter cocktails.

“They’ve used multi-coloured lights, they’ve got them on flash, they’ve thrown on tinsel with no regard as to whether it matches and the baubles, sweet Jesus. I’m honestly glad when they break.

“My husband said surely it was ‘nicer because the whole family was involved’, as if he has actually lifted a fucking finger to help.

“Everyone has nicer things than me.”