Chris Huhne's top movies for a prison night in

My cellmate, Rio, and I were distraught to learn that prisons are planning a ban on blue movies and classic beat ’em ups.

But was this really the end of the world? I decided to set up a think tank whose aim was to find all the hidden gems in the prison DVD library. Rio wanted to be the minute taker, I approved that and democracy was in action!

Inevitably though, we met opposition. Dennis from D Block claimed the process was vulnerable to anomalies, demanding the creation of a bipartisan regulatory body with representatives from the white-collar and violent crime departments. But Rio stupidly penned in the ballot to clash with Embarrassing Bodies, resulting in high absenteeism, inconclusive results and a fatal blow for the electoral process. So as yet, we haven’t managed to create a definitive top ten. But, off the record, Rio and I took to the library for a rummage.

Initially it was pretty depressing: Star Wars? Shit. Shawshank? Bollocks. Gladiator? Jesus Christ. This is everything wrong with the modern British penal system.

But here’s one the careless guards omitted: Big. This movie is basically a feel good classic, but with some genuinely terrifying scenes featuring Zoltar the creepy fairground fortune-telling robot. Certainly it’s enough to give Rio and I a thrilling dose of the willies on Friday night before lights out. Also, it carries a positive message for the rehabilitating felon: even if he looks like Tom Hanks, he still might only be eleven years old, so vet all partners thoroughly.

Next, Top Gun. There is no better movie for a lads night in. This movie has everything from a great musical score to some tense sporting moments. “I feel the need, the need for speed,” quips Tom. I used to spend hours every day zipping up and down dual carriageways in my BMW, Kenny Loggins blasting out the sunroof. I’d close my eyes and I was in my Mig 28, with bogeys on my tail. But that was on the outside. And things were different then.

Then, Working Girl! Melanie Griffith shows us you can bounce back even when your career has been destroyed by some freakishly tall fucking alien bitch. I mean how dare she? She thought she was being clever, well who’s clever now, Sigourney? Look at you – you’ve got no job and everyone thinks you’re an arsehole. Melanie is recognised for the brilliant business mind and strategist she really is. Then, everyone apologises to her, she gets a massive office, and hopefully a Lamborghini.

'I will show mercy when we seize power', UKIP members tell workmates 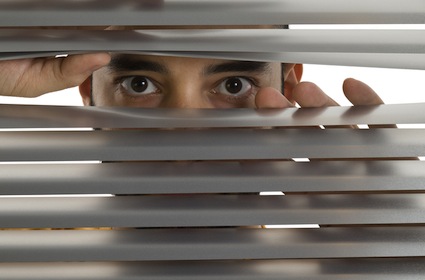 UKIP members have told their workmates that their lives will probably be spared come the day of ultimate victory.

The party’s activists informed their colleagues that although their names are on a list it did not necessarily mean that they were in danger.

Martin Bishop, member 12758 from Hatfield, said: “I do feel a little bit sorry for them, but I can’t protect them all.

“For instance Janet, who works in personnel, is sometimes a bit short with me. This morning I made a point of standing in front of her and making sure that she could see that I was writing her name in my little book.

“Hopefully that will be enough to change her attitude towards me. If not then there will come a day when she will simply not arrive for work.

“And then everyone will know how important I am.”

Helen Archer, from Peterborough, said: “I know Nigel Farage’s doctor’s cousin so I could probably pull a few strings. I really like my hairdresser so I wouldn’t want her to disappear.

“But as I say to everyone, ‘just go along with it and everything will be fine’.”