WORST HOLIDAY EVER
So Dodi finally got that restraining order dropped that he’d taken out against me with The Big Man. Then, better still, he turns up out of the blue at my gaff with Henri Paul, the engine revving and wanting to know if I fancied going for a spin. Fuck, yeah!

That was as good as it got. I thought we’d be going all pissed-up Mario Kart again but once they’d dropped the Merc off and swapped it for a VW camper van that they’s borrowed off Gandhi, I knew it was all about to go tits up.

I ended up on a weekend of khaki-clad camping and butterfly spotting. As usual, Henri was drinking hard but he managed to stay conscious most of the time and only fell and smashed his head off a rock twice. Meanwhile, Dodi insisted we all painted our faces then he tried to teach me how to use a pair of fucking stilts.

I slept in the camper van while the pair of them stayed up until 3am, sitting outside their tent singing hippie drivel about moonbeams and hugging the fucking wind. Wankers.

SEXY LOVE NEWS
There’s this new bloke up here that I’ve got the hots for and I think he likes me too. It’s Gary Coleman – the little fella from Diffâ€™rent Strokes. There’s definitely a spark between us – you know when you can just tell?

When he first arrived he strutted up to me and shouted ‘Whatchoo talkinâ€™ bout Princess’, then lifted up my skirt to have a look. I like my men to be bold. Well, bold or future monarchs, I’m not that fussed. Watch this space – Heaven’s about to get a new power couple.

NEW ARRIVAL OF THE WEEK
Thought we’d be in for some fireworks when Dennis Hopper turned up the other day – you know, renowned hellraiser and all that. Total fucking disappointment. After he’d been deloused and given his starter pack, all Hopper wanted to do was catch up with his old mate James Dean.

As you might know, Dean is easily the most boring twat up here, scuttling around in his little pedal car, issuing health and safety warnings to anyone who he thinks might be endangering themselves and others. Itâ€™s all ‘please take care’ this and ‘donâ€™t end up like me’ that.

Looks like Hopperâ€™s been taken in by it all. Last time I saw them, they’d collared Charles Hawtrey and were chastising the old bastard for throwing his false leg at a bird of paradise.

Bastards Thinking Of New Names For Your Fat Bits 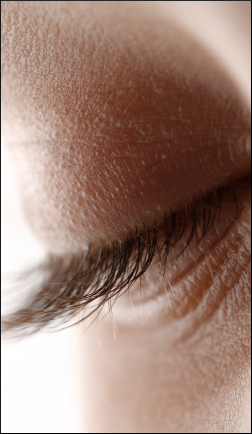 THE bastard inventors of ‘moobs’ are working on names for your other
fat bits, it has been confirmed.

The shady cabal of bitter celebrity magazine hacks and gimlet-eyed marketing executives whose job it is to make everyone hate themselves is currently exploring options for at least 32 other currently-untitled flab zones.

Hollow-hearted journalist Nikki Hollis said: “Next to hit the glossies is the fatty neck, which will be termed a ‘feck’. So prepare to start worrying about that.

“You might also want to get concerned about your plump forehead, to be known henceforth as a ‘porky slap’. You definitely don’t want one of those, you worthless sack of shit.”

She added: “Do you think people will go for the idea of fat eyelids? Of course they will. We’ll say Zoe Wanamaker’s got them.

“They could be called ‘pielids’. Or does that sound too long and complicated? Our readers tend to dislike multi-syllable words.”

Professor Henry Brubaker, of the Institute for Studies, said: “Unfortunately the only way to alleviate things like porky slap, man-chin and butter flaps is buying a rebranded jar of mayonnaise for £40 and smearing it into all four cheeks.”

Stephen Malley, a newspaper reader from Stevenage, said: “I’m not pumping no bird with pielids. I’m not that desperate.

“Even though I look like a bag of mince and talk like a right fucking moron, I still have the sort of weird self-confidence that makes me think I can be selective.”