Although I am a man of science, I have a lot of time for Cardinal Keith O’Brien.

This is because he has much in common with the Higgs Boson, whose responsibilities also include giving mass and wrangling with flouncy little pests who want to combine with each other in extravagant partnership ceremonies.

Cardinal O’Brien, like the Higgs, is an almighty mass giving enigma. Ordinary people are unpredictable little quarks who tear around the universe without a clue what they’re doing. As mass ceremonies are difficult to avoid, all quarks at some point will end up in one. Some will escape unfazed by the experience and will continue rattling along at light speed to somewhere like Alicante or Mecca. But others will be rendered heavy, sluggish and will be made to do things they wouldn’t normally have done. Any massive particle – be it me, an aubergine, an altar boy – we’ve all been interfered with.

Cardinal O’Brien is annoyed because he believes David Cameron is trying to redefine reality. Indeed, redefining reality is very dangerous and I can fully understand his concerns. You see usually, quarks hook up in combinations of one quark and one antiquark. This is the way the cardinal likes it because it’s nice and simple. Sometimes, three drunk quarks hook up to make a baryon – the cardinal can live with this even if it does make him a big fidgety. Some fantasists say you can even get them with five but thus far, they’ve been unable to back this up with authentic footage so it’s safe to assume they’re liars.

The Cardinal’s right: you don’t want to mess around with reality. And if you must repeatedly participate in risky, high-energy collisions with lots of like-minded quarks, you better make sure you do it in a controlled environment, preferably somewhere secret and underground on mainland Europe – the way Professor Brian Cox does.

It’s demoralising to see all your particles running off to form mind-boggling unions with each other. But in time I think Cardinal O’Brien will find there’s nothing to worry about. I have several catholic colleagues and, for the moment at least, it seems none of them are prepared to leave their wives and have a gay marriage bash in the local chapel. And even if they did, they all have such fabulous singing voices and are such lovely dancers, that it really would be a thoroughly jolly knees-up.

Cameron Iran speech 'lip-synced' to video of Blair on Iraq 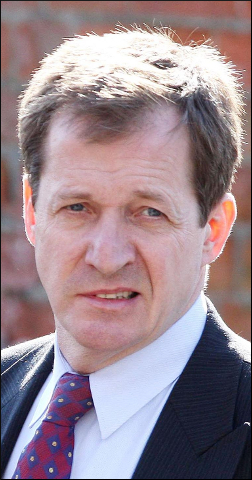 DAVID Cameron mimed a speech on Iran to the audio of an old Tony Blair speech on the need to invade Iraq.

Downing Street confirmed the prime Minister dug out an old VHS recording of Tony Blair speaking on Newsnight in the summer of 2002 which he then transferred to his iTunes.

Officials said it would hopefully explain the confusing references to Saddam Hussein, President Bush, and the Nelly & Kelly song ‘Dilemma’.

The speech, which Downing Street described as ‘an affectionate tribute’, has proved a hit and the prime minister is already planning to perform the whole of Blair’s famous ’45 Minutes to Mass Destruction’ to a packed House of Commons next month.

He said: “The big finish, where I say Iran is actively trying to acquire nuclear weapons capability, is going to blow off the fucking roof. I want to see every MP on their feet joining in.

“You all know the words!”

Noughties politics revival fever is now sweeping the nation. Other political speeches from the era are hitting the pub circuit including the classic ‘Why doesn’t anyone do anything about North Korea when they actually have nuclear weapons?’.

Meanwhile 2002 chart toppers Hans Blix and the ‪United Nations Monitoring, Verification and Inspection Commission‬ are reforming for another pointless tour.