EXPERTS have called for hippies to be turned away from Antarctica to stop them ruining it. Does not need a festival

Hundreds of potentially catastrophic organisms are being transported to the continent in the bongos and dreadlocks of vegan scientists.

And new research shows that hippies are the perfect carriers for alien species by being warm, moist and spattered with nutritious food patches and flecks of their own dung.

Ecologist Dr Nathan Muir said: “The biodiversity of Antarctica must be kept to a minimum which I know is the opposite of what we usually say but shut up.

“The leopard seals tell us they’d much rather we send over Bear Grylls-type explorers, rather than someone teeming with bugs who will then try and convince them to share their fish equally.”

Antarctic border patrols will deploy strict anti-hippy measures, including trick questions involving the mispronunciation of elvish. Meanwhile the airport at Tierra De Fuego will play Ozric Tentacles albums in a bid to catch anybody nodding along with their eyes shut.

Dr Muir said there was now international agreement that any new Antarctic shelters that are shaped like teepees should be bulldozed immediately without checking to see if anyone is inside.

He added: “We are in danger of the whole continent turning into a Levellers gig, but with slightly less wind.”

‘I can’t come to work because of the solar flare’ 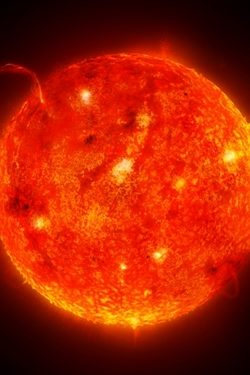 MILLIONS of workers will be trapped at home until Monday, because of solar activity.

Scientists said solar flares, from the sun, are reaching into homes across the country and making people very groggy, while commuters run the risk of being fried like a sausage on the bus.

Tom Logan from Hatfield, told his employer: “I just put my hand outside the front door and it was almost burnt off. I’ll send you a photo. It may not look like my hand, but it is.”

Offering to work from home, he added: “I’ll try and do some stuff by email but the flares have made my laptop all wonky.”

Emma Bradford, from Stevenage, said: “I opened the door to the postman just as one of the flares hit. He instantly turned into ash and then collapsed in a heap at my feet.

“The tragedy is I’ll never know what was in that parcel. So I should probably take a couple of days off.”

Helen Archer, from Redhill, said: “The solar flare has given me a throbbing headache and made my breath smell like day-old Pinot Grigio. This happens to me every time there are more than a dozen highly charged particles in the upper atmosphere. My gran got it too.”

Experts confirmed it was the worst natural phenomena-based absenteeism since millions were left housebound by the Attack of the 50ft Icelandic Volcanoes.

Professor Henry Brubaker, from the Institute for Studies, said: “The best way to treat solar flaring is to stay at home and watch television, though solar flares can interfere with the signal, thus leaving millions of vulnerable people completely stranded and forced to watch box-sets instead.