Off to get my head shaved. Missing Buenos Aires. The weather was shit today in the UK so flew over there for half an hour but got bored. Courtney rang and said she is no  longer off to rehab but back in 'hab' so I'm calling my new club in Nice that. The missus wants me to buy Nice but I want to buy Budapest. It's more punk rock and cheaper. Well it was when I was there at 3.30 this morning.

Heard from my accountant that I have made more than one billion per cent on Buckingham Palace which I bought in the 90s so that's good. When I told my mad mate Gordon B that over coffee – love the stuff – he said something about 'talking about property and money is vulgar' but I said, Gordon, you've not got it have you? It's double punk rock. He agreed but I'm still not gonna manage him when he joins Runrig for their reunion stadium tour.

Went into the office for a meet with God who wants me to sign his son. Kinda anthemic/Roses/Shaun/Shane rambling shtick. Total punk rock madness. Decided to go via Tierra del Fuego at twice the speed of sound so I could listen to genius Sean Lennon's new album which is genius and the best thing since his next album. Or the one after that. Thank fuck for money, it got me out of Glasgow.

Double blasted respect, old bean. Bang on about Budapest. Nice – too nice, right??? When you buy Budie can I come and stay? We've never really talked but I feel we have a deep soul connection esp since I handed you the demo CD of my band Mighty Splunk at your Incan club-night Now We're All Off To The Bank. Posted by Pip at 6.15am.

You are so right. About everything. Ever. Lennon S album after next is the bomb! Or going to be! You are just the best thing since the last best thing you mentioned was better than since then. I and all right-minded music fans love, revere and respect every syllable which pops out of that cute wee mouth of yours, and also all the unsaid like speech bubble things. Even your half-formed yawns create dynasties and business empires. You're spot-on about being double punk rock and ignoring leaders, major record companies, teachers, parking meters, and that. Good on you mate. Universally loved. Anyway better go and keep on building the altar in homage to you. Have been up all night waiting for you to post. If you ever get a nano-second to listen to the demos of my band Numpty I'd be so grateful. WUV you. Posted by Elsie at 6.15am.

C'mon! Man! Let's 'ave it! You know the truth bay-bee! It was mad seeing you last week in Alaska at Trumptown Thumpdown, your new Wednesday night with the Inuit indie massive. I loved the way you blanked me when I tried to speak to you. Double punk-rock, wee feller, big MAN!!! You are it, the shiznit!! And, if you ever get a chance to listen and then release on your label that quadruple box-set of hardhouse remixes of the 'Cream, you'd make me cream! Love on ya. Posted by The Scracker at 6.15am.

Best of luck with God's son, mate. Hear he can be a bit of a diva! What do you think of my demo tapes? Posted by Tim at 6.16am.

This thread is now closed. 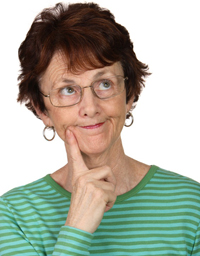 MILLIONS of men with small penises and their wives were last night plunged into despair after the US announced it had arrested the so-called spam king of the internet.

Robert Soloway, 27, is revered by all men with undersized organs for his frequent offers to provide considerable extra length and girth for their members.

Lawyers working for Mr Soloway denied all the allegations against him saying his penis enlargement e-mails only went to men with really small ones, or their wives or girlfriends.

Gerry O’Toole, Mr Soloway's attorney, said: “Our client has spent many years compiling his database of men with little tiddlers and their partners.

“Be in no doubt: if you have received one of these emails you have a small one, or you are a woman who regularly comes into contact with someone who has a small one.”

Billy Tinkler, 36, of Little Sodbury, said he was distraught that his main chance of "porking up his plonker" had been snatched from his in-box by the US authorities.

He said: “What chance now have I got to be a hero in bed, or to stand out from the other guys in the showers? I just feel really deflated.”

Mrs Tinkler, 37, said: “I don’t cocking believe it. We had just saved up enough for the operation and now this.”

Petula Soul, the in-house agony aunt for the Daily Mash , said that contrary to common belief size was important. She said: “There is nothing more embarrassing for a woman than having to ask 'have you started yet'? This guy was not a spammer, he was a saint.”