ALEX Salmond is to cancel plans for an Edinburgh tram system and use the money to build a 400 mile bridge from Scotland to Amsterdam.

The First Minister said he wants construction to start as soon as possible on the gigantic engineering project, adding: "I expect to be driving my tank down the Prins-Hendrikkade on Christmas Day."

The bridge will start in Portobello and head directly out to sea for 100 miles before taking a sharp right and continuing south east until it reaches the Enormous Dykes of Alkmaar.

In order to prevent detection as it nears the coast, Salmond said the bridge would be painted the same colour as the sky and sea, "thus rendering it completely invisible to the Dutch coastguard".

The First Minster added: "The Dutch will be completely oblivious, until one day they will hear an almighty thud as the last piece of bridge is dropped into place and a column of dark blue tanks appears as if from thin air.

"They will panic and run about like chickens as we liberate millions of innocent tulips and set fire to their dirty sex books."

Dirk Van Poomf, spokesman for the Dutch consulate, said: "We too are planning a huge, invisible engineering project, the likes of which the world has never seen and never will see, unless they happen to bump into it while carrying a tray of paint." 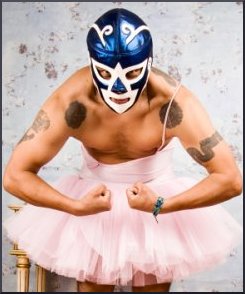 DAVID Cameron was last night forced to deny claims that he presided over elaborate sex games in the garden shed of former Tory chairman Lord Tebbit.

Sources close to Cameron said he was immediately regretting the decision to appoint Andy Coulson, the former editor of the News of the World, as his director of communications.

The Tory leader had lunch with Coulson at the House of Commons yesterday, but by 3pm the spin doctor had issued an official Conservative Party press release filled with shocking claims about Cameron's private life.

In what he described as "force of habit" the Tory press chief also issued an official photograph of William Hague, the Shadow Foreign Secretary, billed as, "his hottest session ever".

Coulson's press release described in explicit detail an extraordinary series of events at the bottom of Tebbit's garden in Chingford in 1996.

He promised more 'jaw-dropping revelations' next week and offered to pay members of the public for tales of other leading party members.

Meanwhile Coulson is to launch a campaign for "Widdecombe's Law", which would give the public the right to know if there is a hefty religious maniac living in their community.