Ooo-o-o-o-oooooh ! Your temperature was up a bit
So I just called NHS Direct
They said it’s probably a 24-hour thing
And that you should take a Nurofen and stay–yeee–yayyy in bed
Whoooahhhh! Ooooohhhh ! I also told them I have a gaping wound in my
so-o-o-o-oul, er, as well as a dull pain in my lower b-a-a-ck.

That was something I wrote for Gwyneth when she went down with the lurgy recently. People might think I just write songs about the human condition and how we’re like, doing really, really bad things to the planet – the truth is, I also like to write about trivial stuff, like the time Gwyneth and myself had a massive row over what we wanted to watch on TV.

Oooooh ! I want to watch Ray Mears living as one with nature
Oooo-eeeeeeeh ! I tell you what, I’ll Sky Plus your Patrick Swayze
Film…
Oooo-ahhhhhhh ! And you can watch it later on, when I’ve gone out.

By the time I’d arranged the music and sat down at the keyboard, the film had ended and I had to make do with watching the extras on my Blue Planet DVD. Hey guys, do you realise that the duck-billed platypus will be extinct in 57,000 years unless we stop using those industrial-sized toasters that can, like, do eight slices in one go. Think of that the next time you’re stuffing your face with eggy soldiers.

Gwyneth and myself have fallen out – again. It boils down to the fact that she wants to bring another child into this cruel, decaying, poluted shithole of a world, and I say ‘no’ – the planet can’t cope with another. She’s already handed me a list of potential names – apparently it’s a toss-up between: Carrot, Rhubarb, Alonso Moseley FBI and Yahtzee. Following our row, I went off into my study and wrote this:

Ooo-oooh ! The earth is not long for this world
There are too many shitty nappys already
Her and her daft ideas
Oooooh-eee-ooooh ! Quick, that’s her coming back in the room – better stop writing this
Or she’ll ki-l-l-l-llll meeeeeeeeee—eeeee–eeeeeeee !

My loyal fanbase will be pleased to hear that my forthcoming world tour will be eco-friendly, which means the snack bar on my private Boeing 757 has been stocked with Fair Trade cashew nuts and organic prawn cocktail crisps. Musically-speaking, I won’t be doing the usual Coldplay material – instead, I’ll be performing some really cool TV theme tune covers from the seventies – here’s a brief taster of what you can expect:

Knighthoods For Entire Cast Of 'Heartbeat' 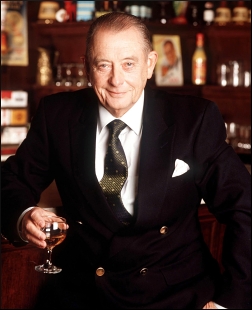 THE cast of Yorkshire police drama Heartbeat has topped the bill in this year's Queen's Birthday honours list.

The entire ensemble, including Joe McFadden, Derek Fowlds and Tricia Penrose, have all been made Knights of the British Empire 'for Services to Being in Heartbeat'.

Fowlds, the longest serving cast member, is now the UK's most honoured thespian, following his CBE for Services to Being the Guy Who Wasn't Nigel Hawthorne in Yes Minister.

The list also included long-overdue recognition for veteran entertainer Des O'Connor who has been named  the new Archbishop of Canterbury.

O'Connor was recognised for his services to Morecambe and Wise routines and attending Variety Club luncheons and charity golf matches.

Liverpudlian smut-mouth cross-dresser Lily Savage has been made the 14th Duke of Bedford for Services to Jokes About Vaginal Thrush.

Meanwhile roly-poly girl next door Victoria Wood OBE was awarded her third CBE for having a really, really great personality.

Tony Blair, the chief executive of The Tony Blair Company, was offered a knighthood but turned it down after he was advised there was no money in it.

Bruce Forsyth was again told to go fuck himself.