MY BBC producer rang me early. He wants me to come in and say a few words about Andy Murray. "Let's play up the angle that you two have a lot in common, what with the fiery temperament and all".  I told him that apart from having two arms and a dick, we've got jack shit in common, and if he wakes me again, I'll take a piss on his shoes.

I love Wimbledon: strawberries, champagne and day after day of goddamn rain. Why the fuck do they even play tennis in this country? You may as well set up Centre Court in downtown Bangladesh.

I got into the commentary box late this morning to find Andrew Castle (asshole) and John Lloyd (double asshole) filling in for me. Castle makes a wise-ass remark on air that 'at last, the great man has arrived'. I presume he meant me, because the best result Lloyd ever had was acquiring regular access to Chris Evert's bare ass.

We got a new kid on the commentary block in the shape of Tim Henman. I like Tim, he's a smart guy and we have some 'banter' going. The other day I asked him to describe what it was like stepping onto Centre Court on men's final day. 'Oh, sorry Tim' I said, 'I forgot, you never got past the semis'. Like a true semi-finalist, he turned his mic off, called me a 'cocksucker' and stormed out, forcing Andrew Castle to drop his slush puppy on the way. But really, we're all great pals up there in the 'com' box – except Greg Rusedski, who's got breath like Nastase's balls.

I joined some BBC colleagues at the local pub – Barker, Becker, Wade – and had a real neat game of killer pool. Boris got pissed when I snookered him, snapping the cue over his knee and calling me a 'scheisskopf'. 'Hey Boris' I said, 'don't forget I was born in Germany, you mutterficking arschloch!'. Barker disappeared after meeting some French people at the bar. Jesus, you win one French open and before you know it, it's 'mixed doubles' with every Tom, Dick and Marie. After Sue left, some local guys tried to muscle us off the table. Boris and I just shook our heads and stood well back as Virginia sank her triple scotch, picked up her cue and delivered a series of beautifully timed forehand smashes to their goddamn skulls.

Golden rule of tennis, ladies and gentlemen: Never, ever fuck with Virginia Wade.

Blood-Soaked Revolution To Start At Noon 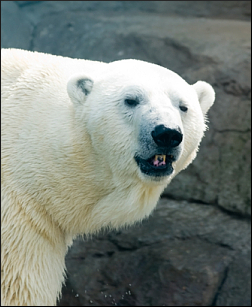 Despite repeated warnings that a vote for the generous expenses package would lead to their certain deaths, 146 Labour MPs and 24 Tories backed the measure which will allow them to buy whatever they want with your money.

Regional organisers say the first priority will be to put together a series of medium-sized lynch mobs to hunt down local MPs and drag them to the town square where they will be pelted with thousands of £1 coins.

One group in the North East plans to tie its MP to a chair and then take the 42-inch plasma screen television he bought with public money and drop it on his head from a large crane.

Meanwhile those cabinet ministers, already on a basic salary of £138,000, who voted for the second home allowance, are expected to be paraded on the back of a cart to Regent's Park Zoo and then thrown to the polar bears.

Bill McKay, a regional organiser from Lincolnshire, said: "In the midst of rising household bills, looming recession and job losses, the only reasonable response to this kind of thing is ravenous bears."

He added: "Of course, once we've despatched the MPs we will then need to form a provisional government held to account by some sort of democratically elected chamber.

"It will be a demanding job, involving lots of time away from home, so a large, unaccountable expenses package will probably be necessary.

"Personally, I'd quite like a flat in Bayswater with granite worktops and a power shower."