I'M sitting, right, in The Chateaux Marmont Hotel (which is only the place where late comedy genius John Belushi snuffed it!) thinking, should I call room service and have another one of those lovely smoothie drinks, or shall I ring my good friend Ben Stiller for a chat about this really mental script he personally sent over to me, yesterday?

So, like, this script has been written specifically for little old me – my first starring role – imagine that! Ben and myself had a really long chat on the cell the other day (that's what we call mobile phones out here) as I was having lunch, sitting opposite Mel Brooks, the comic genius behind Blazing Saddles and that other brilliant one which was turned into a musical – I forget the name. Anyway, Ben told me not to worry about the fact that my character, 'Uptight British Tourist #4' doesn’t appear until Scene 37 – "the fact is", he assured me, "the movie totally revolves around the 26 seconds you're on the screen". What a top bloke he is.

I’ve been in my room for most of today writing some more material for my stand-up show, which now moves on to Che Stadium. For those of you who don’t know, The Beatles played Che Stadium way back in the sixties, and now it’s my turn, only it’s just me, a few gags and a can of lager – there'll be no hiding place at the back of a four-piece band for me if it all goes tits up. Scary, uh?

So, here I am sitting on my bed writing, and I must say there’s some brilliant new material here. For instance, we've managed to persuade Stephen Hawking and Tanni Grey Thomson to come on and take part in a spoof game of Mr & Mrs, with me taking the part of Derek Batey, Oh, you should see their little faces – magic !

Brunch was taken in an exclusive place I frequent in Santa Monica. Whilst I was there, I at long last managed to bump into my old mucker Larry David (he’s the genius behind Curb Your Enthusiasm). That’s the great thing about being out here amongst fellow comic legends – you can sit down over an egg-white free omelet and green salad, and discuss new and exciting ventures without being bothered for your autograph – well Larry was on six or seven occasions, but I managed to avoid this tiresome ritual, thank fuck.

Anyway, whilst we were chatting, I suggested that if he was making any more Curbs, that I should make an uncredited cameo appearance. I think he must’ve been totally overwhelmed by my artistic generosity, because he blew his cheeks out very noisily, before bowing his head. He asked me to call him (which I did ten minutes later) to set up a meeting.

Heard the news today that Bernard Manning is dead. As I sat on my hotel balcony, texting Gary Shandling, the totally brilliant genius behind Larry Sanders, I started thinking to myself that comedy has come a long, long way since those dark days when smoke-filled working men's clubs were home to comedians making fun of minorities without even doing it ironically. That's just lazy.

As told To Matt Owen

Airport Attackers To Be Charged Under Anti-Smoking Laws 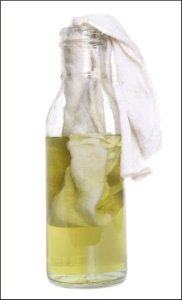 TWO men who drove a lit car into the main concourse at Glasgow Airport are to be charged under Scotland's tough anti-smoking laws.

The attackers were caught on CCTV as they lit-up a four litre Jeep Cherokee and then allowed it to burn in an enclosed public place.

Eyewitness Janice Bramble, 34, from Girvan, said: "Not only was the car emitting smoke but one of the men lit-up a petrol bomb right in front of me.

"It's incredibly rude. Why should I have to go home with my clothes stinking of petrol bombs?"

Scotland has some of the toughest anti-smoking laws in Europe with penalties including the cat o' nine tails, death by lions and a £50 fine.

Maureen Moore, director of Ash Scotland, said: "Emitting smoke is a form of terrorism. Yes it is, shut up."

"If people want to throw petrol bombs they should do so in their own living rooms when the children have gone to bed."

Detective Inspector Bill McKay said: "This incident may seem like nothing more than playful high-jinx, but we take smoking in public places very seriously indeed."