Is lovely Liz becoming just another thumbnail on the Daily Mail website?

Karen Fenessey retraces the steps of Liz Jones, the night she wrote her article for the Mail on Sunday

It’s Friday night and I am in a bar not far from Liz Jones’s house near Taunton. This is where Liz stopped off for a drink before she set off home past all the twinkly shops (a  Boots, a JJB Sports, a ‘Marks and Sparks’; Taunton is nothing if not a place that has some shops) towards her laptop computer.

I wish she had spent what were probably her last hours before writing her article somewhere lovelier. The food is awful (I ask for sausage and chips and it comes without the sausage – and without the chips!) but the young women behind the bar are sweet with huge, wobbly eyes.

Alex is working her way through uni, where she is studying something called ‘English’. She comes from London and her parents are now terrified she might become a journalist for the Daily Mail. She was working here that night. She says she saw things. With her eyes.

Lyn, with very very very very blonde hair, who was also working here that night, says she is ‘more fearful of newspapers now, I’m more nervous. It’s just so mysterious how someone could have written an article like that’.

I leave the bar at 8pm and retrace Liz’s steps. Even though it’s January, the streets have people on them all walking somewhere or other. There are a couple of women joggers but they are with boyfriends or husbands who are reading the Independent.

I walk past a university building on my right (no doubt full of people with pens) with Waitrose on my left. I wander the bright aisles, full of young women rushing round after work – it’s almost as if they are shopping. They leave with carrier bags full of expectation and yoghurt.

I head up the hill towards the leafy part of Taunton. It’s quieter now, and darker. I find Tesco, and go in. This also turns out to be a shop. I almost buy the same upmarket pizza that Liz bought; the choice tells me she liked ham, but really good ham. Not ham that was full of water and hormones. Ham that you can get from a nice village butcher full of young women rushing around.

When I reach Liz’s sleepy village, there is one police van on the green as I turn right into her street.

I bet her heart lifted as she reached this spot, looking forward to the feeling only a Friday night spent composing something utterly unspeakable for the Mail on Sunday can give you.

As I near her house, the road is quiet. It’s almost as if there are no other people in the immediate vicinity.  Earlier in the day there had been an ITN news van but I notice from the absence of big vans with ‘ITN’ written on the side that it has gone now.  I’m reassured to see two policemen standing vigil at her iron gate, either side of a small, discreet pile of dog turds in varying degrees of decay.

I tell them I’m spooked, walking here. ‘Don’t be spooked,’ one says. ‘Residents are campaigning to get brighter street lights installed so they can see Liz Jones coming and pretend to be statues.’ So the old antique, lovely nice ones are to disappear to be replaced by not nice ones that are all new because of something even not nicer.

That afternoon I had gone to the newsagent where Liz’s article was discovered. It was horrible and windswept. I don’t know what I had expected. A newsagent possibly. I’m not really sure.

There was no ceremony here, no policeman, just the article on a now dog-eared poster. I got the feeling the world is starting to forget Liz, that she’ll become just another thumbnail on the Daily Mail website, along with Peter Hitchens, Jan Moir and that fucking lunatic Melanie Phillips.

I’d have expected the cars to slow down here to show respect but they sped past, as if people were driving them. Were they driving home from work? Did the police even care? The lane is narrow. I can’t see how someone could have come out of the newsagent with a copy of the Daily Mail without being beeped at and told to get out the way, as I was just because I was standing in the middle of the road.

There were no messages with the turds, just one card, still sealed in its Cellophane. The person who left it hadn’t bothered to remove the Cellophane or write on the Cellophane. I thought about Cellophane. Did the police even care?

Leaving the newsagent, I return to my car. My satnav takes me to the M6.

The theory is Liz’s article took the long route from her house to the newsagent to avoid the CCTV cameras. Perhaps it also wanted to avoid paying the Â£5 toll.

I don’t have Â£5 and try tossing a Kraft cheese single and a Michael BublÃ© CD into the toll booth. It doesn’t work.

There is now an angry queue behind me. Isn’t it interesting that you can write an article for the Mail on Sunday in the most violent, painful, frightening way possible and yet there are elaborate systems in place to ensure you do not get to break the law?

Finally, a man in a taxi jumps out, and runs to me brandishing a Â£5 note.

‘Not all men are Liz Jones,’ he says, grinning. Maybe not. But one Liz Jones is all it takes. 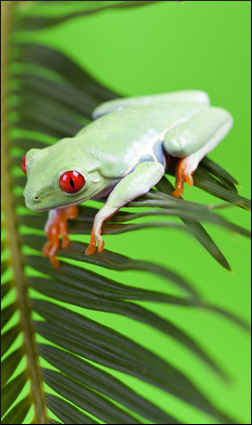 THE debate over which is the better of two popular types of telephone has ended after participants realised it simply did not matter.

There had been increasingly heated argument about whether the gadget made by one company was superior to geegaws made by the other companies that did similar things in a slightly different way.

But the topic has been declared defunct after both sides put everything in context.

Tech blogger, Stpehen Malley, said: “I had always been a rabid advocate of one of the companies because their doo-da was open source and delivered full multitasking. The issues arising from this seemed interesting and important to me.

“But last Tuesday I was posting simultaneously on several online forums to that effect when, overcome with annoyance by the mere thought of technological imperfection, I turned momentarily away from my monitor to stare out of the window.

“The sun was setting over the distant hills, and the late evening sky was a peaceful yet dramatic canvas of crimson and azure.

“The sudden sense of the enigmatic perfection of the universe was such that my soul seemed to leave my body via the top of my head and I imagined myself floating aloft, as much a part of nature as the birds and the trees. When it ended I found I was no longer concerned with non-Google syncing.

“A phone’s a phone. In two year’s time they’ll all be buried in a landfill with a load of dirty nappies and rotting chicken carcases.

“Would you like to see my drawing of a tulip?”

Former telephone fanatic, Roy Hobbs, said:  “I was so devoted to this phone, it was like being in a cult except without any of the group sex, UFOs or cool stuff.

“Sure it’s terribly fancy, but I work for a company that makes incredibly bad television programmes not the Pentagon, so I really don’t need an artificial brain in my pocket, irradiating my scrotum.”