This week finds me in Hanoi, Vietnam – a place I've no real need to come to as I practically spent most of my childhood here. Not physically of course, but my Uncle Steve used to make us all watch Platoon every time we went over his house so I know this place like the back of my hand.

Charlie Sheen once said of Vietnam, 'I think I've made a big mistake in coming here, Grandma'. But the again he smoked crack all day and didn't know what he was talking about. Hanoi is not that bad.

Sometimes, when travelling, you have to get elbow deep in some pretty delicate situations. Like you, I had  heard about Vietnam's 'little problem' and so I've decided I might lend the Hanoi police a bit of assistance dealing with all their dirty 'paeds'. I believe I'm the right person for the job. For a start, I'm young – the paeds can relate to that. Second, my English is pretty good. And third, I've actually got experience in this field: one time I grassed-up Mr Churm, my second year chemistry teacher because he touched me on the tit as I was getting Bunsen burners out of the store cupboard.

But perhaps the most important thing about me is that I understand that paeds are actually psychologically damaged and must be treated accordingly. You have to speak slowly and carefully because their brains don't work like normal peoples. Take Paul Gadd for example. To me, the alarm bells should have started ringing when he chose his stage name. He could have taken any name in the world yet he still picked 'Gary'. I think when you're choosing a glam-rock name, you should try not to stray too far from your original name, thus avoiding problems with passports and the inevitable extradition process. A small tweak here and there and Paul Gadd becomes Paul Godd. This is a much better stage name, and creates an instant bond with whoever you're speaking to as many people place their trust in Godd.

But of course, my job here is not to instruct paeds on how to appear more trustworthy.  In many ways that would actually be counter productive. I'm just illustrating how easy it is for me to slip inside the mind of the beast. Sometimes you need to act selflessly and take one for the team – just like Willem Dafoe when he got shot twenty-five times in the back to Barber's Adagio for Strings. It was this wonderful example of self sacrifice and a totally amazing tune that inspired me to come to the 'Nam and do my own tour of duty. But with paeds instead of gooks. And that is what makes Hanoi the greatest city in the world.

Brown Sells You To Some Arab Gentlemen 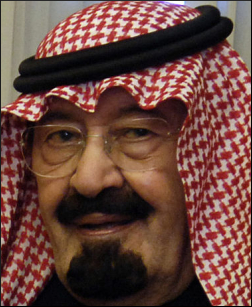 PRIME minister Gordon Brown returned to the UK last night after successfully negotiating the purchase of you by some Arabs.

The billionaire rulers of the Gulf states have agreed to shore-up the ailing British economy in exchange for the lifelong commercial rights to you and your family.

Under the deal the chief breadwinner in every UK household will work nine months of the year in Saudi Arabia, Qatar and Dubai, but will be allowed to send money home for essential items like petrol.

"I think you'll find our new Arab masters to be both kind and gracious. And if they do happen to throw you in jail for five years then you should not have been having hank-panky on a sun lounger in the first place."

He added: "If any women object to the new arrangement I have been advised to hit you with a bamboo cane and take away your credit cards.

"If any homosexuals object to the new arrangement I have been advised to feed you to the palace leopards."

The prime minister said the wholesale purchase of the country by Arab billionaires would have no impact on everyday life with the exception of a crackdown on alcohol consumption, an extension of the blasphemy laws to include Islam and harsh new restrictions on the BBC.