One Woman's Week: Cruel To Be Kind

I've got no tolerance for children who answer back to adults. I'm a teacher, so I've got a lot of experience of this, and as far as I am concerned they can burn in hell.

I was at work the other day and had spent all day preparing a lesson for a class of seven year olds. I was really proud of what I had done. I'm good at my job and I won't deny it, without blowing my own trumpet.

So you can imagine how angry I was when this little kid started mouthing off about needing the toilet when I was right in the middle of what I was saying. At times like this I say: "bring back the cane"! It's an absolute disgace and the only word for them is 'total scum'.

Unfortunately you can't really retaliate in a school situation, but it's not so difficult to get kids to mind what you are saying when all those rules and regulations aren't in the way.

My sister's no good children are a good example. She's got two boys called Mark, 6, and Christopher, 4. My other sister also had a kid (Gregory) but he died of leukaemia last year. Obviously I was devastated for her, but part of me can't help thinking that perhaps it was God's way of telling her she's not cut out for parenting. Plus he was really annoying.

Whenever I babysit Mark and Christopher they know not to piss me about. Christopher is normally quite good anyway, but Mark is a troublemaker and there's still always a chance that he'll lead Chris astray so I have to keep my wits about me.

Once Mark interrupted Coronation Street because he'd trapped his little finger in the door. What a bastard. Thankfully I don't get called on just now to babysit as much by either of my sisters.

When Gregory was sick I was constantly getting called upon to look after the other two boys without any consideration for my schedule. Thankfully now she doesn't have that excuse. 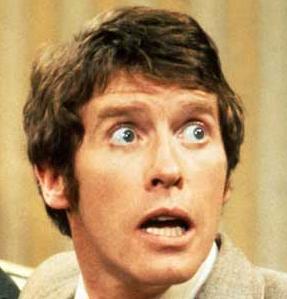 UNITED Nations election observers last night labeled Scotland as one of the most knuckle-headed countries on the face of the earth.

With more than 90% of the votes cast rendered utterly useless, the UN said the election would have been more efficient if it had been managed by a group of orangutans.

In Edinburgh more than 40,000 votes were incinerated after election workers stuffed ballot papers into microwave ovens instead of electronic voting machines.

In Glasgow 25,000 votes were binned because they were covered in chocolate. Meanwhile in the Western Isles dozens of ballot boxes were stolen by gangs of highly organised mice.

In Inverness armed police had to be called in when workers at the count started making paper aeroplanes out of ballot papers and refused to stop.

Scotland Office minister David Cairns said: "With hindsight it was probably not the best idea to put Frank Spencer in charge of a national election."

Spencer was unavailable for comment as he had trapped his hand in a ballot box and was in the process of destroying thousands of pounds worth of crockery.

Stephen Malley, head of the UN team, said: "We've been to Africa, Asia and South America and witnessed elections marred by violence and corruption, but you people are easily the biggest bunch of cretins we've ever encountered."