One Woman's Week: One Giant Leap For Cheryl

I THINK it's great America has taken a small step for man by electing a black president. But amidst all the hilarity, I must ask: when will enough be enough? How far do white folks have to go to convince the world we're sorry about slavery? And meanwhile, what about the compelling racial saga taking place right here on our own doorstep: Cheryl Cole's legendary heroics on the X Factor.

Just how much proof do we need from Cheryl that she is sorry for the unfortunate incident where she assaulted a coloured woman in a club toilet. It truly was a case of 'wrong place, wrong time' for the poor songstress. But, hey, we've all been there and, while it may not have been our proudest moment, surely we can let Cheryl off the hook – it's not like she planned to get caught!

Hasn't she now done enough to prove her remorse? First, she married the footballer. Then, in the X Factor heats, she expended a great deal of valuable energy being nice to the black singers, often telling them over and over again to their faces that she 'loved them'. It is now abundantly clear that Cheryl is operating well below her station on 'X' and would be much better placed doing some kind of humanitarian work in Ethiopia, because of her love of Africans.

And who could be her replacement, I hear you ask? Well, there’s a certain singing sensation not too far away! It was only recently, while attending a friend's wedding, that I had the marvelous opportunity to meet the platinum disc selling Carol Decker of T'Pau. I happened to be standing next to Carol during the service and made a point of singing the hymns extra loudly so she could be impressed by both my range and volume. Indeed, Carol mentioned to me after the service that I had 'a remarkable voice'. I had just volunteered my rendition of China in Your Hand, when she ran off to the toilet. Given that she must now be in her late seventies, the poor woman must be almost entirely incontinent.

What more will Cheryl Cole have to do before the British public accept that she is a liberal-minded angel? Will she have to go on TV and profess her love to Barack Obama and state categorically that Amercia having a black president is a good thing? When will our society learn to chill out a little and say, 'Hey, Honkies! You've done enough!' I can only dream that it will happen in my lifetime. 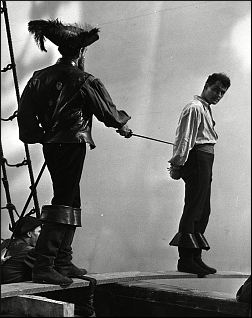