One Woman's Week: Stars In Our Eyes

I BELIEVE that all humans are equal under the eyes of God, but there is one group of humans who are somehow more special: I’m talking, of course, about celebrities.

Some think that celebrities are just 'fucking maniacs', but there’s a reason these people are rich beyond belief: like me, they have a dream that someday there will be worldwide recognition of their talents and they will not stop until they have achieved the greatness for which they are destined. This is particularly true for the celebrity who I casually bumped into at the weekend: the renowned intellectual and ethnic TV commentator: Hardeep Singh Kohli. Donny and I were dining at an eclectic Italian restaurant near the BBC studios when I noticed Hardeep sitting nearby, no doubt with some top TV execs.

I have always fantasised about meeting Hardeep and being able to share my thoughts about love and life with him. I just couldn’t concentrate on Donny’s comparatively inane chatter as I watched Hardeep expertly work his way through a mozzarella and beefsteak tomato starter and two and a half pieces of garlic bread. He caught my eye on more than one occasion, so I knew that when he got up to order some more drinks at the bar, he would welcome my company. I sloped over to him. “Tell me, Hardeep, do you like Picasso?” You see, I know that EVERYONE will want to speak to him about his TV appearances, especially the one at New Year where he did a vox pop about how English people have no right singing Auld Lang Syne because it’s not their song – surely what all Scots were thinking but were just too scared to speak up about. Hardeep smiled graciously and told me he “didn’t mind Picasso”.

“I knew you’d say that!” I told him. “I also love his brushwork.” At that point, it seemed that Hardeep was about to go back to his table so I added: “Hardeep, I just want to tell you that I think it’s so courageous for you to appear on TV in your native turban and show the white British idiots that not all Indians are terrorists – and I notice you’re even buying some alcohol. How marvellous!”

“I’m not a muslim,” he joked. “Ha ha,” I laughed. “Can I join you for a drink?” Hardeep said that unfortunately that wouldn’t be possible because he was having a serious conversation with his dinner companions. As I’m the type of person who respects the BBC, I told him, “I understand,” and added, “more than you know…” It was with a heavy heart that I had to return to Donny’s mind-numbing monologues on how his mate from work downloaded the complete fifth season of The Wire and how great that was.

I eventually exploded at him. “Just shut the fuck up! There are more important things in life than some box set of crap from the guy in your work.” I raised my voice loud enough for Hardeep to hear, “Innocent Indians are being persecuted by your society of white freaks every day!” I saw that I had to remove Donny from the restaurant lest his ignorance embarrass us even more. As we passed Hardeep’s table, I asked what his favourite Picasso was. Unfortunately, he was very busy so I had to leave with my fanny of a boyfriend, without a response, even though I’m sure it was Guernseyca, which is my favourite too.

But, it concerned me that Hardeep had been a little dismissive of my attempt to bond with him, and, while I know he’s got top secret work to do for the BBC, you’d think that someone like him might be more eager to integrate. Regardless, it was so encouraging to see him eating out in an Italian restaurant, setting a precedent for all Indians to change the record. Such a dignified people! Unsurprisingly, Donny had no thoughts on the matter, and started banging on again about the time he ‘met’ Natasha Beddingfield in Heathrow airport. Donny can’t understand that people like me and Hardeep bat for a totally different team. Some people have simply been selected by God to go further in life, and I need not worry about our limited time together in the restaurant tonight, because one day Hardeep and I will be united in heaven and we can talk and talk until time itself has ended.

Smokers banned from looking at cigarettes while smoking 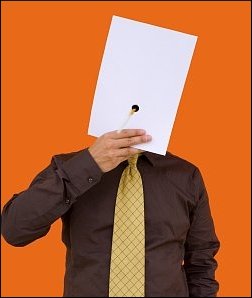 SMOKERS will have to hold a large piece of card over their face so they cannot look at the cigarette they are smoking, ministers said last night.

The ‘smoking mask’ will include a small mouth hole and a handle, though later models may be fitted with elasticated straps.

From next April, if smokers want to buy cigarettes they will have to uncover them during a day-long treasure hunt using a series of very difficult clues.

Under the new regulations the smokers will then have to store their cigarettes inside a large cereal box containing a cobra.

When they want to smoke they must position the cereal box on a table, strap on their smoking mask and then fumble around inside the box in the hope of finding a cigarette and not the cobra.

The mask will also carry a warning which reads: “Lighting a Cigarette While Wearing This Mask May Cause You to Set Fire to the Mask Instead of the Cigarette and Burn Your Face Off.”

A health department spokesman, said: “The best way to make cigarettes unattractive to children is to hide them in the woods as part of a day-long treasure hunt.”