I hate people who say ‘It’s political correctness gone mad!’ but I think we can all agree it’s true after what’s happened to Silvio Berlusconi.

There was no creepy paedophiliac subtext, no awkward Nazi moments and that Amanda Knox character was apparently miles away at the time. What has happened to innocent fun?

There was a time in my life when I felt the call to politics. I had so many opinions to give and so many people skills that it almost felt like a moral obligation from God. But Christ, am I glad I never went down that route today! In a parallel universe, I’m up against a singsong team of Italian lady judges and Silvio Berlusconi is writing a column about harmless intercourse.

We literally had Bill Clinton hung, drawn and quartered for what happened between him and presidential nympho, Monica Lewinsky, but look how sorry we all are now. It was a very painful time for him and we should be ashamed of ourselves.

And look at dusky Big Brother expert, Tommy Sheridan. He wasn’t even gay but he still went to the clink. He even looks a bit like Silvio. Is it a coincidence?

Lots of people get confused when they think about Silvio Berlusconi because they mistake him for the Pope. But it’s easy to tell the two apart at social engagements as each has a very different car. They also have very distinct duties. While the Pope is forbidden from visiting prostitutes, no-one has actually put that in writing for Silvio. Naturally, this makes him feel insecure and frightened. So at the end of the day we’ve only got ourselves to blame – he’s a man, not a machine.

Meanwhile Italy is angry and there are reports that large groups of women have gone Egyptian and held street events. But if you look at the number of Roman Catholics in Italy and compare it to the number of women, you will discover that at least eighty percent of the women on these marches were nuns. So it’s no wonder they hate sex so much.

As Silvio is hounded for having feelings, we must ask ourselves: Do we really want to put another innocent heterosexual out of a job? 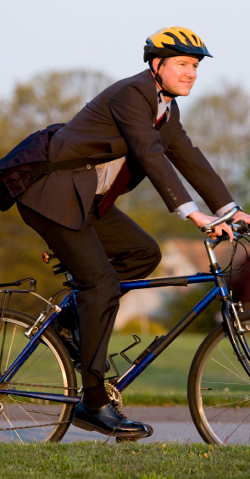 LONDON police are urging people not to travel to the newly-opened Olympic Velodrome amid overcrowding fears.

Queues began forming early last autumn and by this morning an estimated 800,000 people had flocked to watch a sporting version of commuting inside a barn in the middle of a building site in the roughest part of London.

Pushbike enthusiast Wayne Hayes said: “I can’t believe they only put 6,000 seats in the pleasuredome because who wouldn’t want to watch Chris Hoy and… er… the other one that does the cereal advert.

“Still, at just seventeen and a half grand per seat, I’m sure it’ll soon pay for itself with the many thousands of riding-a-bike events that we famously love in this country.”

Crowd control officer Stephen Malley said: “So far we’ve managed to set up an emergency food and medical supply tent for the influx of visitors who just want to be near this magnificent cathedral to wheelies.

“Imagine the refugee camps during the Rwandan civil war but with them all wearing dayglo crash helmets and lycra.”

Emperor of the Olympics, Lord Coe, has apologised for creating such a pandemonium of excitement and has promised the scenes will not be repeated when the Lee Valley White Water Centre opens in Spring with police warning thousands could drown in the hysteric rush to get a glimpse of a canoe.

Coe said: “This proves Britain is a nation that loves a wide spectrum of sporting events, that isn’t just obsessed with the antics of 22 perverts kicking a ball, and that the Olympic stadia will not be windswept echoing monuments to hubris come August 13th 2012.”