CONSTABLES called to a nocturnal disturbance in Windermere found a group of men cheering two battling plesiosaurs, it has emerged.

The gang fled, but one of the monsters was so badly hurt that it had to be put down.

Plesiosaurs, although harmless to humans and labradors, are territorial and will fight other dinosaurs if they are introduced to their lake.

In recent years criminal gangs have begun exploiting this instinct by removing creatures from their native regions and transporting them to another body of water where a plesiosaur is known to reside.

PC Roy Hobbs said: “Lake monster fighting is a growing trend among the criminal underclass who either wager large sums of money on the outcome or simply enjoy the bloodthirsty spectacle of huge saurian beasts ripping chunks out of each other.

“Either way, they go to a considerable amount of trouble as the logistics of capturing and transporting a dinosaur are far from straightforward.

“Usually they will go to a lake or loch and lob in a dead sheep containing an anchor which sticks in the monster’s throat. Then they reel it in, like a massive carp, and stick it in a big tank of water on the back of a lorry.

“Often they simply die in transit because it’s not proper lake water.

He added: “We took a number of close up photos of the dead dinosaur to use as evidence but they came out blurry and indistinct, like always.

“Obviously you expect that but it’s still frustrating.”

William Hague thinks you're in Venezuela 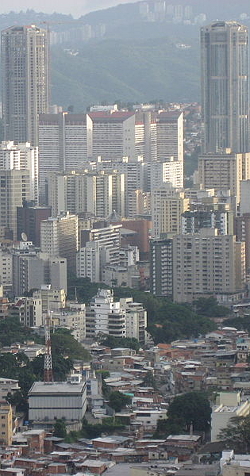 YOU are probably in Venezuala, foreign secretary William Hague has confirmed.

Mr Hague revealed that, according to international intelligence sources and some guy behind him in the queue at Laura Ashley, you have fled.

The foreign secretary said you arrived in the middle of the night and are now having a cup of coffee in a Burger King in central Caracas while looking for a mid-priced hotel room.

“I can understand why you went to Venezuela as you have a lot of friends there but that’s no excuse for not facing up to your obligations.

“Nevertheless you should certainly visit the Simon Bolivar birthplace, the 16th Century Cathedral and, of course, Gauchos, this fantastic nightclub where the barmen wear nothing but cowboy hats and arse-less chaps. Yummers.”

Mr Hague said that until you come to your senses or the money runs out the Post Office will send you advice about redirecting your mail as well as a leaflet containing a few handy Spanish phrases.

Meanwhile the Foreign Office is also preparing a contingency plan just in case you are actually in the driveway of a large house  in Tripoli, sitting in a van while holding an umbrella.