‘Good morning handsome, you giant mountain of sexual satisfaction, supported by two thighs so muscular in nature they could be mistaken for those of an elk. Fancy making boat loads of cash or shall we first have some sex so hot you could cook an egg on it?’

That was not my wife Pae Pwang-O’Connor talking to me, that was me talking to me. Not out loud, I’m not mental, but in my head where it is safe and well upholstered. If you don’t believe it wasn’t me and not Pae well let me inform you that I taught her English but have not yet taught her the word ‘elk’ because for some reason she is really struggling with large American herbivores.

It sounds like some crazy voodoo chant nonsense – and it is, a witch doctor called Andrew Penfold taught me the technique, but there is no doubt it is highly effective.

‘Self talk’ can be used to boost your self esteem or get you through those tricky situations like interviews where so many of you may have failed or said something weird to stop you from getting the job.

I remember one interview where this sales manager ten years my junior said to me: “Are you okay Mr O’Connor, you’re sweating a lot and I think you just sang a bit from Tina Turner’s Nutbush City Limits.”

The truth was, I was really nervous, I had not prepared for the interview after having hit the Class As and Captain Morgan very hard the night before – but I self-talked my way out of the situation.

Actually, some of it may have come out loud, I can’t remember, but I said unto me, ‘this pip squeak little shit isn’t worth your time, you’re worth ten of him. One on one you could probably take him even if he had a bat and I bet your dick, dicks all over his dick – I bet just one of your balls is the size of both of his balls. God I love you Morris, now say some business shit to this little blow-job in a suit and let’s get this job and roll out of here like a goddamn Gorilla King’.

The following Monday I started work as regional sales manager.

Dr Morris O’Connor is the best selling author of Talking To Yourself In Private In Your Head. 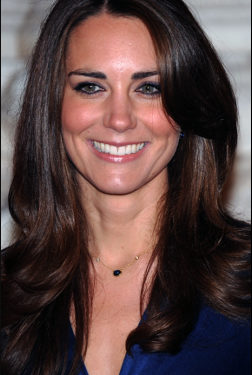 SATAN worshipping royal bride the Duchess of Cambridge has spoken of her hopes for a progeny that will rule over a dark realm of endless evil. The Duchess spoke to hospital patient Bill McKay about becoming the devil’s brood mare while touring a ward in Quebec City.

He said: “During the visit she asked me how my broken leg was mending and made a semi-quip along the lines of ‘I bet you’re eating a lot of grapes’. It was very pleasant.

“But then her hand brushed against my arm and images of burning cities, lakes of fire and leathery flying things with lizards’ bodies and old women’s faces filled my mind.

“Seeing my terror, she clutched my arm tightly, her eyes turned the colour of blood and she spoke with a deep, masculine voice saying that the prophecy was almost complete, the seeding would take place during a secret ritual at which the devil would enter Prince William via a prick from a black rose’s thorn.

“Nature would take its course on an obsidian slab surrounded by chanting, hooded figures and nine months later a child would be born – a being of supreme darkness that would bring Hell’s dominion to Earth.

“It would be called Arthur, or Laura-Ann if it’s a girl.”

“The Middletons are well-known practitioners of the black arts and if you add together the numerical value of the letters in the word ‘Satan’ and multiply them by 666, you get ‘Party Pieces’, the name of their website.

“You will notice that alongside the decorative ephemera, the site also sells wavy-bladed sacrificial daggers and vials of virgin’s blood.

“However putting all that aside, I did think she looked nice in the electric blue Delmia dress.”

Malley was then cut in half by a runaway train shortly after being stared at by a massive rottweiller.