Unemployed South Bank Show janitor MELVYN BRAGG sitting alone in a park in West London, feeding birds from a bag of sawdust and trying to lick the tip of his own noseâ€¦

Sky News arsehole KAY BURLEY standing in the timber-cutting queue
at B&Q in Stalybridge, growing increasingly irritated at having to
wait, then tapping her heels together and shouting ‘Take me back to Paradise City!’â€¦

Esteemed tuba soloist BRIAN ENO trying out his latest invention, a pair of pneumatic stilts that he claims can make a jogging a thing of the past and free up 140 million extra man-hours a year to be devoted to colonising Mars instead – What a wizz kid!

Roly-poly bastard JAMES CORDEN dressed as a fox and marching down Streatham High Street, roaring ‘Do you really want to hurt me?’. He was pulling a toy beagle on wheels behind himâ€¦

Former part-time human SIR FRED GOODWIN limbering up at the side of the
pitch as a group of teenagers played hockey with an apple and some
umbrellas. When they wouldn’t let him play, he threatened legal actionâ€¦

Veteran Welsh bean bag NERYS HUGHES workshopping a character for a forthcoming play or film by rollerblading into Poundland and buying a bag of ping pong balls, a massive felt tip pen and a set of screwdrivers. For a pound! 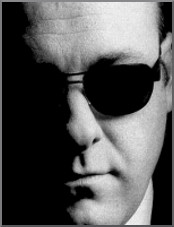 SO I was in the Bing the other day with the guys – Paulie, Silv and that fat fuck Bobby. We started talkin’ about what team’s gonna win this fuckin’ World Series Cup they’re playing over in South Africa. Anyways, Christopher walks in with a box of Cannoli and – for some fucking obscure reason – a meatball and Ragu sandwich for yours truly. “What the fuck is this?” and he comes back with “It’s your sandwich Tone – just like you fuckinâ€™ ordered.”  So I threw the sandwich on the ground and started to get real angry, “I wanted the Panini sticker book – not a Panini, you dumb prick”. Anyway, so I went for Brazil because of their pedigree, fancy fuckin’ footwork and all that other shit they go about with. Out of respect, Silv decided to go with the old country and Christopher and Paulie both went for England for some dumb fuckin’ reason. Meanwhile, the Pilsbury-fuckin’-doughboy reckons those Dutch cocksuckers are in with a chance. “My ass”, I shouted, as I threw the box of Cannoli at him.

You know what? I think this tournament is too close to call. I was saying this to Johnny Sac’ during our sit-down about those no-shows over at the new marina. “John” I says to him as I sipped on my Cappuccino, “the fucking Krauts are missing Ballack, the Dutch haven’t got the balls for it no more, the French are a spent force, and the host nation are about as much use as a pair of tits on a bull”. John proceeds to stub his cigarette out in the ash tray and says to me, “Look – I donâ€™t care if Pele’s taken one of them Viagra pills he advertises on the TV, and stuck his dick up his own ass, I’m here to talk fuckin’ business”. Judging by his tone of voice I’m kinda ruling him out of the tournament sweepstake.

I had to go over and see my shrink – after that thing that went down a couple of weeks ago I figure I needed some therapy. Anyway, Dr Melfi starts the session off with “What would you like to talk about today, Anthony?” I told her I had a lot on my mind these days – like Iâ€™m worried the bottom’s gonna drop out of waste management because of this – what the fuck do they call it? – credit crunch. And of course I got a bit of action on that fuckin’ Rhesus monkey they call Rooney being top scorer and was anxious about the dumb prick gettin’ injured or sent-off. Who’d be the boss, huh?

I was sittin’ in my office the other day, smokin’ a fat cigar and generally feelin’ pretty good about things when Paulie comes into the office with a face as long as John Holme’s cock after a visit from the fluffer. “I’m sorry Tone”. “What the fuck you gotta be sorry about, Paulie?”. Paulie Walnuts ain’t exactly a ray of fuckin’ sunshine at the best of times, so he does one of them big sighs and says, “I looked high and low T – they ain’t got no World Cup wallcharts left, nowhere”. That was it, after the week I had. “THEM MOTHERLESS FUCKS!”, I screamed as I threw my medium 76 inch pizza against the wall. Then I told Paulie that I don’t care what it takes – I want that chart on the clubhouse wall in time for the opening fucking ceremony. Capice?