Stephen King: I had no idea I'd written a sequel to The Shining

MY new novel, Doctor Sleep, is about a man called Danny Torrance who has psychic powers which saved his life as a child.

Critics are saying it sounds like a sequel to The Shining, and my response is: the what?

Don’t get me wrong, it sounds sorta familiar. There was a bunch of horror stuff with those kind of names back in the 80s; The Shining, The Howling, The Whining. And sure, I probably wrote more than my share. But I’m pretty sure this whole backstory I’ve come up with for Danny, about his dad trying to kill him in a haunted hotel, is completely new.

My agent tells me this Shining is about a writer going crazy in Colorado during a harsh winter, and its true my characters are always writers. But, as I explained to him, my books are about writers who live in Maine.

Lets get real here: Ive written 50 books. I cant be expected to remember them all. So if my readers think this one’s a sequel, what does it matter who wrote what and if it was by accident or on purpose?

Anyway, Im already hard at work on my next novel, which I think people are gonna love. Its about an injured writer from Maine who gets picked up by a telekinetic teenager driving her haunted car into a town full of vampires controlled by a killer clown.

Try telling me thats not original. 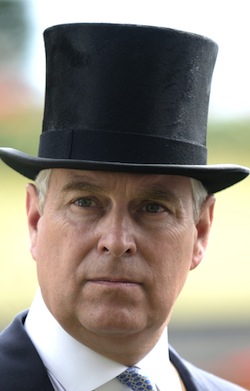 PRINCE Andrew probably walked out of Buckingham Palace with more than £2m in jewels – after being caught by the police.

Experts believe the Duke of York raided his mother’s bedroom and then waited in the Palace grounds until he was confronted by armed officers who did not recognise him immediately.

The Duke would then have pretended to be furious, asking the officers if they knew who he was, before walking away without being searched.

Tom Logan, a burglar, said: “Andrew has played this one surprisingly well.

“Not only will the officers have been embarrassed by the fact that they tried to arrest a prince, but they will also automatically assume that Andrew is too stupid and useless to have concocted a jewel robbery.

“The incident would have been the perfect distraction as he slipped out of the country. I suspect he is already sunning himself on the Cote D’Azur while sipping a big, fancy cocktail.”

It is understood Prince Andrew has been planning to steal from his mother since the last of his central Asian ‘business patrons’ realised he was a total and utter waste of time.

Insiders have also speculated that the rekindling of his romance with ex-wife Sarah means he needs the extra cash to feed her insatiable desire for gaudy trinkets.

A source said: “Now he has escaped with the diamonds it’ll be nothing but golf, golf, golf.”