The ecowarrior's response to a brown, malformed lemon is the same as R-Patz's to Kristen Stewart

Science Laboratory, by Dr Julian Cook
Thankfully, someone has finally proven that organic foods are basically exactly the same as normal foods.

We now have conclusive proof that just because a thing looks a bit drab and unappetising, it doesn’t necessarily mean it’s virtuous and worthy. Someone who will be nodding sagely at this news is earnest teen-magnet, Robert Pattinson.

Essentially, the behavioral response of the ecowarrior to a brown, malformed lemon is the same as R-Patz’s to love-rat, Kristen Stewart. Both were looking for a sure thing and a low risk outcome. Shrivelled lemon and Stewart looked straightforward and perfunctory. Neither present significant challenges and both will be grateful for your attentions.

But appearances are deceptive. Evidence now shows that when it comes to what’s on the inside, there is basically no difference. You might think you’re in for an easy ride, free from genetic modification and toxic chemicals, but in fact the safe looking ones are full of false promises and lies. You’ll find yourself bankrupt with a nasty empty feeling in your gut, and you won’t look so smouldering when you’ve been bitten in the gums by a deadly flesh-eating Guatamalan banana caterpillar. These are just some of the reasons I give Kristen Stewart a wide berth, and is something for everyone to think about when choosing a partner. The new guidelines advise consumers to exclusively date foodstuffs who are wildly exciting and devastatingly attractive – like Cher.

At this stage, it’s important for Rob to recognise that insipid, two-dimensional, mouth-breathing carrots were full of insane egomania and duplicitous schemes. It’s sad but one day soon, he’ll find it’s easier to cope when he sees the carrot pictured in the papers stepping off a longhaul flight wearing his favourite hat and he’ll contemplate his lucky escape when it is then papped stumbling from the MTV video awards, sobbing loudly with hair stuck to its lip gloss.

Thankfully, like R-Patz, we are now all free to focus on spending less on our grocery shop, recouping in style as we feature in a season of Hugo Boss adverts and showing what dark horses we were as we play bass guitar in a dreadful indie band. 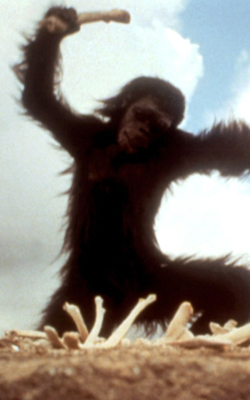 EARTHS dominant ape species has reacted with indifference to the arrival of a mysterious black rectangle.

The four inch-screened oblong materialised in a quarry last night, near to where two rival ape groups had been fighting over some meat.

It is the fifth in a series of what may be communications from a mysterious, highly advanced civilisation, but the first to be largely ignored.

Previous mini-monoliths had been greeted with hooting, grunting and excited bone-hurling, and became catalysts for ape evolution.

Alpha male ape Tom Logan briefly ceased lobbing stones to admire his reflection in the latest objects shiny surface, but it failed to sustain his interest.

Female Emma Bradford, who had been enraptured by the previous rectangles, curled her upper lip, sniffed the air, then defecated in her hand and threw it at Tom Logan.