A guide to Tory spending vs Labour spending

THE Conservatives and Labour are locked in an escalating battle over spending. Who is promising you personally the most?

Tories: 40 brand new hospitals, except that is a fib and there might be some in 2040. Also tax breaks for high-earning consultant surgeons and more ward visits by Boris Johnson. Cost: £13bn.

Tories: Massive rise in pensions, home heating allowance and nursing care for over-65 Conservative voters without whom the party would be stuffed. All other benefits scrapped and claimants made to wear pink ‘Scrounger’ sandwich boards. Cost: £5bn.

Tories: Will finish HS2 or cancel it, whichever is the best for Britain or rather the Tories. More roads and more of them named after Top Gear presenters. Wacky airport ideas from Boris. Cost: £25bn.

Labour: Renationalise railways, put more buses on, and all served with lashings of lovely carbon neutrality. Probably won’t happen but some rural areas might get more than one bus a month. Cost: £2.5bn.

Tories: Enormous tax cuts for anyone who’s got tonnes of money, paid for by a series of mean little tax cuts for the poor. Very popular with lots of the poor. Cost: £107bn.

Labour: New quantum Marxism taxation means it is possible to afford anything. Apparently will cripple the finances of the rich, so watch out for Adele and Richard Branson begging by the roadside. Cost: minus £800bn. 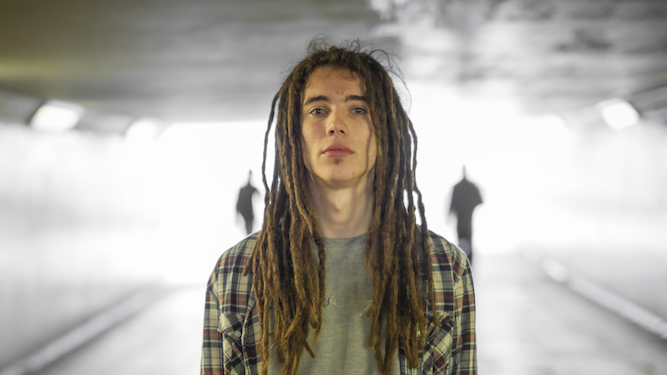 A MAN working in a bong shop is an enormous obstacle to sales of the product and the acceptance of cannabis in general.

Dreadlocked shop assistant Wayne Hayes, 24, looks like the worst kind of stereotypical hippy drop-out and provides slovenly customer service whether or not he is stoned.

Hayes said: “I love getting messed up so I’m the perfect person to sell this stuff. I’ve been hoofing bongs since I was 12. There’s no one better qualified for the job than me.

“It’s a pain having to work in the shop when I could be at home having a spliff, but I’m always promoting the product by mentioning how mashed I got at the weekend.”

Asked about his knowledge of the therapeutic use of cannabis, Hayes said: “I’m not a doctor but I’d say weed definitely prevents cancer. I mean, I’ve never got it.”

Customer Helen Archer said: “I read in the Guardian that cannabis could help with the menopause. I don’t want to smoke tobacco so I went to buy one of those water-pipes.

“When we got to the shop the fellow behind the counter appeared slightly dazed and was reading some sort of pornographic comic. I’ll be sticking with a glass of Rioja if this is what drugs do to you.”