Are you a Remoaner or do you just not fancy years of unnecessary b*llocks? 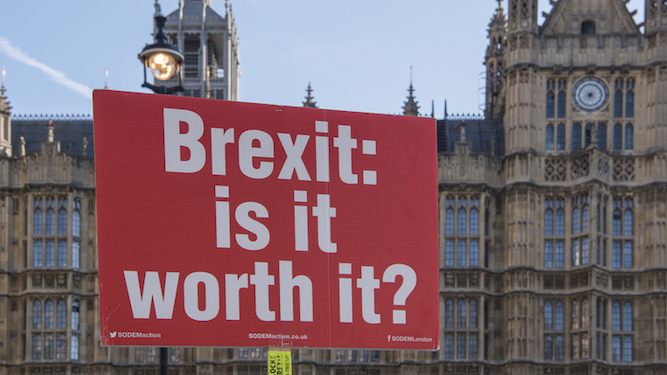 SOMETIMES it’s hard to tell if you’re the sort of whiny Remoaner that Brexiters hate or if you just prefer logic and stability over years of unnecessary horsesh*t. Take our test and find out.

What is it about Brexit you are against?

A) I just don't like being on the losing side.

B) I think it’s the slight problem that everything about it is insane on every possible level.

Do you take offence at the term ‘Remoaner’?

A) Yes, but calling someone a ‘gammon’ is fine.

B) No, but I do take offence at putting ourselves through years of unnecessary grief because half the country seems to have gone bonkers over made-up problems like foreigners stealing our fish.

What could solve Brexit?

A) A music festival. It solved hunger in Africa so it's got to be worth a try. Also I could paint my face blue with gold stars and wave a flag. That’s fun.

B) At risk of sounding like a lunatic, maybe just cancel it or have another vote? But apparently that’s ‘undemocratic’, according to people who also don't seem to understand the word 'traitor'.

Are you completely in love with the EU?

A) Yes. I have posters of Michel Barnier and Donald Tusk on my bedroom wall. Sometimes I kiss them.

B) I don’t think it’s possible to be ‘in love’ with a huge multinational trading bloc, unless you have a very weird idea of what’s romantic. Also how would you have sex?

Mostly As. You are a cowardly Remoaner who is totally blind to the EU’s faults. Luckily you are mostly a figment of Brexiters’ fevered imaginations.

Mostly Bs. You are strangely opposed to unnecessary b*llocks. Get ready for a tough time, because even if Brexit gets cancelled the proper nutters will still be banging on about the 'EU mafia' and Atlantic convoys for years to come. 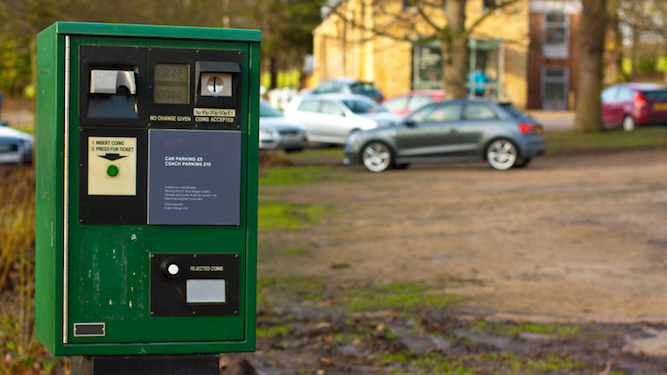 A DRIVER is committed to reaching a car park ticket machine without leaving his car or opening the door, no matter the cost.

With cars lining up behind him, shopper Stephen Malley has pledged to get the ticket in the machine from as close to a seated position as possible.

Straining through his open window, Malley said: “I don’t need to get out. If I lean right up against the door, tear every muscle in my arm and p*ss off the 30 other drivers waiting behind me it should be just fine.

“I’m touching the slot. Come on, get in there, you f*cker.

“I suppose I could cut short this ridiculous charade and just hop out of the car, but that would be giving up. It’s a matter of pride now. A man’s pride.”

Prior to leaving the car park, Malley had circled for over 20 minutes to get a space nearer to the supermarket he was visiting, before doing his shopping in a completely random fashion that wasted loads of time.