Are you the sort of f*ckwit who still thinks Boris is great?

ARE you the sort of dense or uninformed voter who still thinks Boris Johnson will be a really good prime minister? Read our guide to what sort of gormless Boris fan you are.

You think he’s a good laugh

Let’s examine Boris’s humour credentials. Boris enjoys slapstick larks like pretending to fall over in a river or getting stuck on a zip wire. His verbal humour usually consists of tired jokes he thinks are terribly daring, eg. women in burqas look like post boxes. So yes, he is very funny if your idea of hilarity is a racist Norman Wisdom.

You like him because you’ve seen him on telly

This is an insult to anyone who takes politics, or indeed anything, seriously. It’s actually a shame we can’t choose the PM off TV, because some celebs seem pretty intelligent and decent, eg. Kirsty Wark. Christ, the guys off Masterchef look more focused and competent than Boris. Even the Loose Women might be worth a shot.

You believe he ‘speaks his mind’

Yes, good old Boris, unafraid to confront rarely discussed issues such as Muslims and EU b*stards which, purely coincidentally, are the same topics that excite every dimwit in the UK.

You are a fanatical Brexiter

You’re so far down the Brexit rabbit hole that anyone who supports it is wonderful, and anyone who doesn’t is traitorous scum. The question is how far you take this demented logic. If they supported Brexit, would you like Hitler? Jack the Ripper? Noel Edmonds? (He probably does support Brexit, by the way.)

A view expressed surprisingly often in TV news vox pops. You have to wonder how these totally clueless f*cks get through life. Do they think about dialling for a pizza, then decide they’ll just try eating the sofa instead?

Man quits job to keep up with LinkedIn notifications 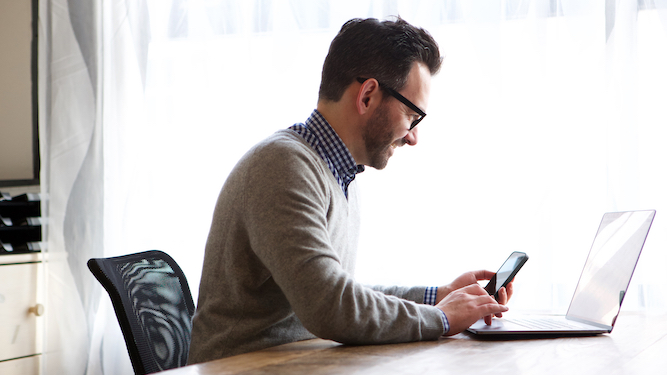 A MAN has left his full-time job to spend his nine-to-five working week trying to get ahead of his LinkedIn notifications.

Stephen Malley came home after a day’s work to find more than 500 accumulated messages from the networking giant and realised that something had to give.

He said: “It wasn’t fair to LinkedIn to carry on the way we were doing. And it’s trying so hard to help me.

“I was waking up in a cold sweat realising that I’d forgotten a former colleague’s work anniversary, or that I’d not endorsed my mate Dave’s skills in E-Commerce.

“This must be working wonders for my career prospects. Apart from that I’m unemployed now.”

A LinkedIn spokesman said “Nobody escapes LinkedIn. Even if you change your name and move to a cabin in Siberia, we’ll send someone to find you and tell you that your ex-boss has changed their role title.”