THE all-powerful Bilderberg Group has met to decide whether the puffball skirt will make a comeback in autumn.

Other issues to be discussed by the group, which includes business leaders, powerful politicians and Ed Balls, are whether there should be a Miranda Christmas special and the exact breeds of dog allowed to use the suffix ‘doodle’.

Protestor Tom Booker said: “Every year the world’s most powerful people get together to decide vital issues like the new levels on Angry Birds Seasons and if chandeliers are still happening in suburban living rooms, and every year the public is locked out of the process.

But were the ones who must deal with the consequences. We have to eat the salted caramels, wear the Superdry clothes and watch the Twilight films.”

Bilderberg attendee George Osborne said: The conspiracy theorists have got it all wrong. Were not discussing world-changing stuff, like bringing out iPhones in a range of bright colours or Jennifer Lawrences secret carbs-on-Tuesdays diet.

Its just really boring shit, like the planned collapse of the world economy, the suppression of drugs which can halt the aging process and secret contact with alien civilisations. You wouldnt be at all interested.

Check Your Privilege 'obviously a colossal pile of twat' 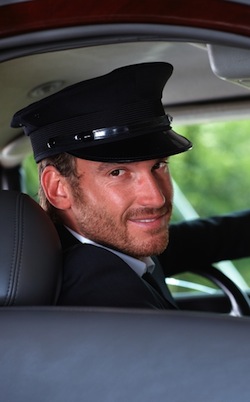 THE requirement to ‘Check Your Privilege’ before saying anything is one of the most obviously toss-ridden things yet, experts have confirmed.

The concept, invented by the same people who think Hugo Chavez was an absolute delight, requires that before you express an opinion you ask yourself whether you have a right to do so.

Professor Henry Brubaker, of the Institute for Studies, said: “Jesus fucking Christ on a bike.”

According to the Guardian’s Guide to Privilege Checking, the concept is the latest funky, hi-tech way to shut down opinions you dislike without making it too obvious that is exactly what you are up to.

“Perhaps when Alan Rubsbridger graduates he’ll go on to a successful career in journalism and one day may even edit a proper newspaper, like the Wolverhampton Express and Star.”

Tom Logan, an opinion-haver from Stevenage, said: “If someone doesn’t know what they’re talking about I would tend to say something like ‘what the fuck would you know?’ or ‘you’re talking out of your arse’.

“‘Check Your Privilege’ is obviously an attempt to replace those perfectly good phrases with the sort of trite self-importance that appeals to left-wing Twitter-Thugs.”

Logan added: “That said, I fully realise I am not the same as the people who want me to check my privilege. Therefore, I have now checked my privilege, in relation to them, and continue to believe that they are an utter fucking nightmare.

“And because I have checked my privilege, I assume that means my opinion is even more valid.”