THE prime minister is to resign today, unless he is lying.

BORIS Johnson has announced he will make a speech announcing his resignation at lunchtime today, which the media have accepted as if he was an honest man.

Journalist Oliver O’Connor said: “Now Boris Johnson has told us all what we want to hear, I don’t think there’s any reason to doubt him. Not on something serious like this.

“There’s zero chance he’ll step out, stand at that podium, and announce that all elections are suspended and his son Wilfred is the new chancellor. No serious politician would do anything like that.

“No, if Johnson says he’s resigning then he’s resigning and we can report it as fact. End of. And the British people can place their trust in his words.

“Thank God it’s all over. For a while there he was making the media, the Conservatives and the whole nation look like gullible fools.”

Johnson said: “My speech is ready. I think you’ll be surprised.”

Pissed, shirtless and grappling with minders: How Boris Johnson will leave Downing Street 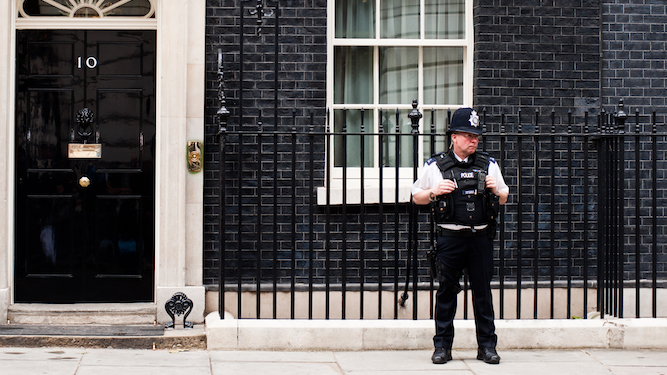 THE prime minister’s number is up, but he won’t go quietly. Here are some ways he might choose to make his exit.

Pissed, shirtless and grappling with minders

After a night locked in his office with Carrie and Jacob Rees-Mogg, necking whisky and ranting like Hitler in his bunker, Downing Street security will finally prise the door open and escort him off the premises. The front page image of Thatcher crying will be nothing compared to Johnson trying to clothesline his minders.

Having removed all the lightbulbs and crapped in a vase

In the unlikely event that Johnson does the right thing and falls on his sword, he’ll leave behind some nasty stuff for the next incumbent to deal with, even if it is his loyal stooge Dominic Raab. Who might be lucky enough to track down where the awful smell is coming from before a general election is called.

Encouraging his followers to storm Whitehall

Trump went out with a bang that almost took American democracy with it, which is the sort of thing a narcissist like Johnson would enjoy. Unfortunately his most rabid and devoted followers are racist pensioners who spend all day reading the Mail Online and they won’t be able to get up from their repeats of Doc Martin without breaking a hip.

Over a cliff holding hands with Nadine

Nads is so devoted that she’d go over a cliff in a car with Johnson, holding hands with the only person irresponsible enough to give her an important job. Even as they plummeted to the ground she’d be proclaiming her allegiance to her beloved Boris in this Poundland Thelma & Louise.

Out the back door while no one’s looking

An ego as large as Johnson’s won’t allow him to make a graceful resignation speech and leave through the front gate. He’ll angrily slope out of the back door, whining to Carrie about how badly he’s been treated while she stuffs a portrait of Churchill in her tote bag and considers filing for divorce.