Britain getting the full affair-with-Boris experience

THE UK is finding out first-hand what it’s like to be seduced, lied to, and repeatedly f**ked over by Boris Johnson.

Following yesterday’s sheepish announcement that the whole freedom thing would be unavoidably delayed but weddings were still on so not to make a fuss, the country realised we were just his latest fling.

Hannah Tomlinson said: “I’ve been with enough married men to know the signs. Constantly shifting deadlines, promises that aren’t so much broken as denied entirely, always pleading for one more chance.

“Ever since the whole Christmas bust-up it’s been June June June, but now it’s here we can’t go public until July. Until July when it’ll be August and sorry we can’t have that holiday after all.

“Why did he pursue us so obsessively only to do this? That’s what they’re like. We’re five months away from finding out he got elected prime minister of Tanzania behind our backs.”

“Pretty soon he’ll stop taking Britain’s calls completely, but we’ll be financially screwed and desperate for help so we’ll end up shacked up with Gove.” 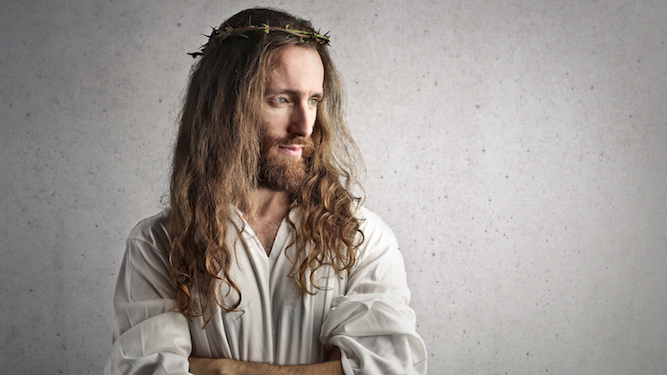 ADAM and Eve only had sons, so where did their grandkids come from? Here are some other glaring Biblical plot holes:

Adam and Eve’s sons had children, but the only woman around at the time was their mum, so where did the grandchildren come from? This conundrum has never been fully explained, perhaps because the potential answers are too worrying for the whole of mankind.

How did Noah and his family look after two of upwards of two million types of animal when London Zoo needs hundreds of staff to take care of the 700 or so species it has? They would be working around the clock just to shovel the endless piles of manure overboard, and the ark would have to be an incredible feat of engineering the size of Scotland.

Why did the authorities need Judas to point Jesus out to them? He arrived to huge crowds and spent his time wandering round Jerusalem doing meet-and-greets and making scenes with money lenders. Seems like the Jerusalem police chief couldn’t find his own backside with both his hands if he wasn’t aware who Jesus was.

Anyone who’s had a kitchen extension built knows this is utter nonsense. A genuine miracle is getting builders to turn up on the day they say they will, but even then, they’ll arrive at 11am and mysteriously leave at 3pm without telling you they’re going. A universe made in six days would not be structurally sound.

No one buying a gift for a baby has ever thought to themselves ‘I know, I’ll shell out for a some frankincense, he’ll love that’. If the Bible was believable, the Three Wise Men would have brought a stuffed toy camel, a wooden rattle and a bottle of gin for Mary.