EXCITED Britons have been rushing to see their favourite Labour politicians at the party conference in Brighton.

The seaside town has taken on a festival atmosphere after thousands of conference fans descended for four days of speeches, seminars and mayhem.

Office worker Tom Logan said: The vibe on the train getting here was amazing.

“Everyone was cracking open cans, wearing Alistair Darling wigs and talking about which members of the shadow cabinet they were going to see.

When we got here we set up our tent on the beach then went to see Ed Balls talking about financial mismanagement of the HS2 rail link, which blew me away.

“You can listen to Balls on your iPod, but its just not the same as seeing him live.

Tomorrow were going to see Chuka Umunna give a speech on how Labour is the party of entrepreneurialism, so Ill probably drop a couple of Es before that.

However Sussex police chief Donna Sheridan warned: We want people to have fun, but its important to stay safe too.

“Its easy to have too much to drink and find someones stolen your signed copy of Neil Kinnocks autobiography.

Humans getting older without growing up 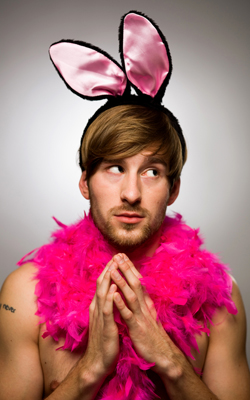 REACHING physical maturity is no longer the same as growing up, it has emerged.

Researchers highlighted trends for semi-ironic fish finger sandwiches, an obsession with bicycles and stick-on moustaches as evidence of a disconnect between age and maturity.

Professor Henry Brubaker of the Institute for Studies said: “Infancy now continues indefinitely. Look at the popularity of smoothies, which are basically baby food.

“Society’s obsession with ‘play’ and ‘fun’ is causing people in their twenties to mentally stagnate, with some returning to infancy completely.

We started to see problems when the craze for take out coffee blew up and adults started guzzling warm, foamy milk from plastic beakers.

Now we have a nation of grown men and women who are unable to function after their lunchtime latte if they dont spend their afternoons napping in a warm dark room on a woollen blanket.

Father Stephen Malley said Im seriously worried about my son, Tom. When he first moved to London, he loved sophisticated food so much that he constantly wore  a lobster bib.

But since he got into pop-ups, he seems to have lost all interest in everything apart from chips and hanging about outside the Disney store.

He added I thought Id take him to Scotts and talk some sense into him, but he just made a fuss about having to sit in a big boy chair and cried when I asked him to eat his peas.