But what does this mean for me, the most important person in the entire world, Boris?

WE’VE lost control of a few councils. Labour haven’t triumphed but we’re struggling. F**k all that. What does it mean for Britain’s main character, me?

Why should the World King be concerned that a different group of unpaid busybodies are filling seats in dreary council chambers, wasting their pathetic lives with planning applications?

I’m not. But the little suits who buzz around this place like flies claim I should be. ‘We’ve lost Westminster!’ they panic. ‘We’ve lost Wandsworth!’ Do they not realise I got bored with London in 2016?

The real election isn’t for years yet. There’s plenty of time for Britain to learn to love Boris again. This is the second act in the rom-com where the couple fall out only to get triumphantly back together by 2024.

Have the people risen as one to demand my ousting? Did the Tories not get a single vote north of Watford? Do the Labour wins spell out ‘PISS OFF BORIS’ across a map of London?

No, no and again no. Which means that the British people, as I’ve said all along, don’t care in the slightest about ‘partygate’, couldn’t give a bugger about our botched Brexit, and realise that ten per cent inflation is necessary to achieve a high-skill, high-wage economy.

My position is not under threat. There will be no rebellion. I will never resign. These elections are of no more consequence to me than the heats of Britain’s Got Talent.

I’m going back to bed. Don’t bother me again unless it actually matters. 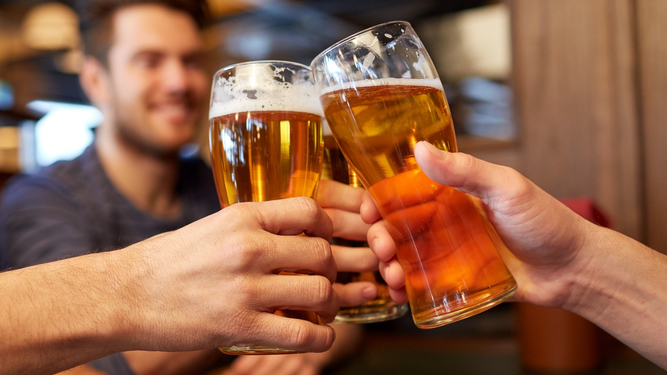 ACHIEVED questionable election results? Not sure how to express yourself? Labour voter Martin Bishop explains how to celebrate.

Instead of focusing on the negatives, read through the mixed results with a positive attitude. You might not have done as well as you predicted, or even as well as the Lib Dems, but not losing too many seats is a victory, right? You beat the Greens. No one can take that away from you.

Your limited gains are akin to the landslide of 1997. Who cares if there are two long, punishing years until the next general election? A Labour triumph is assured so you may as well kick off the festivities ahead of schedule. There’s no way you’ll look back with embarrassment on getting prematurely hammered to D:Ream.

Don’t look at the North

The North is a strange, unpredictable hinterland ruled by the savages of its new Blue Wall. Don’t waste your time thinking about their strange needs or what their continued support of the Tories could possibly mean. Focus on the enlightened inhabitants of the South instead. Not the backward, inbred hicks of the South West, obviously. You don’t want their vote.

Taking three symbolic London councils from the Conservatives is cause for celebration. Especially as the rest of the country looks to the capital as a model of how to behave. Before long, even the most Brexity small towns will decide to vote Labour as they sip frappuccinos in their gastropubs.

Rest on your laurels

Tell yourself Labour has reached a historic turning point and the Tories are on the way out. This means supporters can kick back and relax. The hard work is done and the only possible danger is Starmer coming up with bland, uninspiring policies and the Tory press giving him a kicking. But what are the chances of that?